The Surge, like many other Souls like games, features a slew of bosses for you to fight. These bosses come in all shapes and forms and are typically pretty tough fights. To keep track of all the bosses you have faced, I’ve put together the list below. Below you will find all of our The Surge boss list. 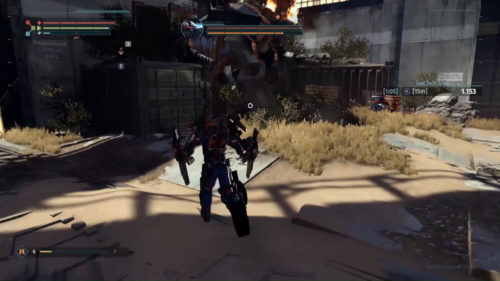 Abandoned Production is the first area you explore in The Surge. Once the power has been turned on, you will summon the area’s boss, P.A.X. P.A.X is a giant military mech who is bent on killing you. When I fought P.A.X, I couldn’t help but compare it to The Last Giant in Dark Souls 2. Both enemies possess a similar moveset and can be killed by sticking close to the feet. P.A.X does have a pretty devastating range attack which you need to beware of, but aside from that this fight is pretty simple.

Sidenote: After filling P.A.X lower meter, you need to get him to shoot himself with Rockets. This can be done by staying close by. Once P.A.X hits itself, then it will go into a recovery state. Here you can deal damage. 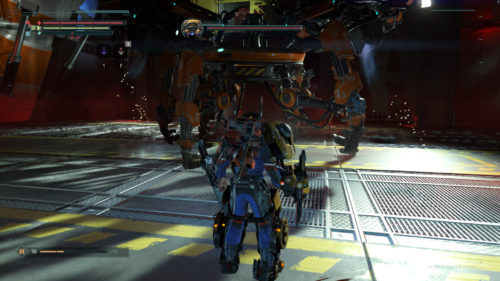 The second boss you will face in The Surge, is LU – 74 “Firebug”. This boss is pretty annoying. Not because it’s hard, but because the lock on camera is pretty atrocious. What you want to do for the first phase of the fight is sever three limbs. This will trigger the second phase. Both phases require simply keeping your distance and attacking when there is an opening. The really deadly attack is the body slam or the flamethrower, so be vigilant about those. Severing all the limbs, unlocks a better version of the boss weapon, so consider doing that if you want. 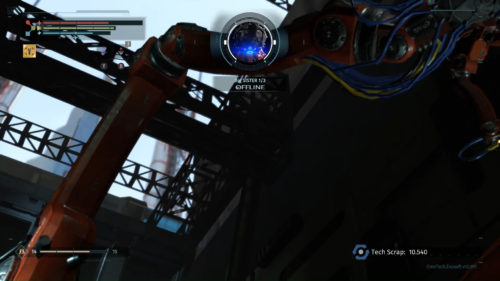 The third boss you face is Big SISTER 1/3. This boss fight is a bit weird as there are a couple of phases to is. The first phase you need to take out two giant claws. In this phase you need to dodge both the left and right claws, while also dodging a laser beam. Luckily the claws have decent tells, so dodging is relatively simple. The laser gives off a loud audio cue when it is about to shoot so use this as to dodge.

After the first phase, the real fight starts. You will be forced to move on to another platform where 4 automatic welders will appear. When I did the fight, I focused these down, but I assume you can ignore them if you want. On the second phase, you want to focus on the spider like enemy. When you go over to the boss, the camera goes a bit weird, so be ready. The biggest thing to focus on during this part of the fight, is to not get grabbed. Dodging from left/right seems to work best and is how I finished the fight. 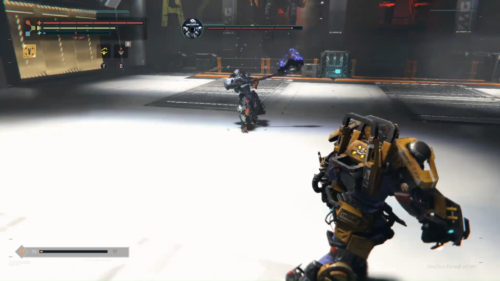 Located inside the Executive Forum is CREO’s head of security, The Black Cerberus. This boss fight is pretty long, but rather manageable. The fight starts with you facing off against The Black Cerberus. Cerberus has a very telegraphed move set which makes dodging pretty easy. If you do get caught in one of his combos, you will most likely die as he hits rather hard. My approach was staying about midrange on him and trying to bait out either the slide or jump attack (he only follows these up with one swing). Do a bit of damage and then retreat.

Once The Black Cerberus gets damaged enough, he sends out a shockwave and retreats inside the building. Here he will regain health while you deal with the other portion of this fight, fighting the P.A.X that he summons. Fighting the P.A.X is in my opinion, the more annoying part of this fight.

My approach to P.A.X was to stay behind the legs. Here you can deal damage relatively safely. Your main goal with P.A.X is to knock it to the ground and then deal damage to its body. To do this you need to knock off  the panels on its feet and then attack the opposite foot when it goes to stomp. This causes the P.A.X to fall over.

After you kill P.A.X, Black Cerberus will emerge to fight (with any health he regained) some more. Repeat the process until he summons another P.A.X. This sequence goes on until Black Cerberus is dead. 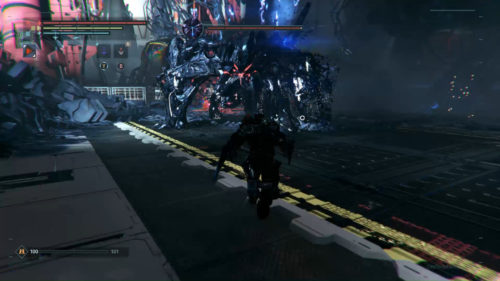 The final boss of The Surge is Rogue Process. Rogue Process takes two forms during the fight, the first being a huge beast and the second being a humanoid. Both forms of Rogue Process, hit incredibly hard and can easily one shot you.

In the Monster form, you need to watch out for a few attacks that can easily destroy you. The first is the projectiles it shoots. The second is when the Monster shoots spikes out of its body. Lastly, you want to watch out for the Monster’s swipes. Your best bet is to stay under it as much as possible. When necessary, separate via dodging in order to avoid attacks like the spikes. Once you get the Monster down to half health, you need to Overload the pipe that appears. This will trigger the second phase.

In the second phase, Rogue Process becomes humanoid. This change means you now be facing a much quicker opponent. Like other humanoids in The Surge, your best strategy is to maintain your distance and attack when the openings present themselves. At about 1/4 health remaining, you’ll be prompted to execute Rogue Process. This triggers the ending.

That concludes our The Surge boss list. Given that The Surge is a ‘Souls – like’ there is a surprising lack of bosses in the game. In total, there are only 5 bosses to face in The Surge. Either way, use the above The Surge boss list, to help you as you travel deeper inside the CREO Complex

Want to see what weapons these bosses drop? Check out our Boss Weapon post!

Of all the bosses on our The Surge boss list, which was your favorite? Why? Let me know in the Pit below.