Home » Game Reviews » The End is Nigh Review

The End is Nigh Review

What is The End is Nigh?

The announcement and release of The End is Nigh came out of nowhere. Edmund McMillen (of Super Meat Boy and Isaac fame), dropped a blog post featuring the teaser above, and announced that he and Tyler Glaiel (another Indie superstar), were set to release The End is Nigh on July 12th. While not much was shown, the game promised to be a difficult platformer with tons of levels. 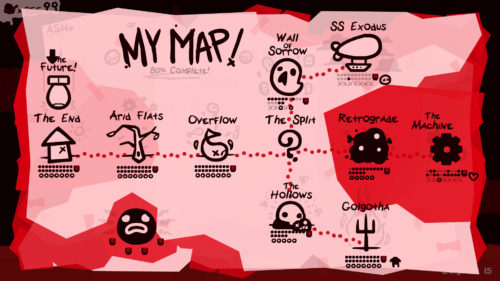 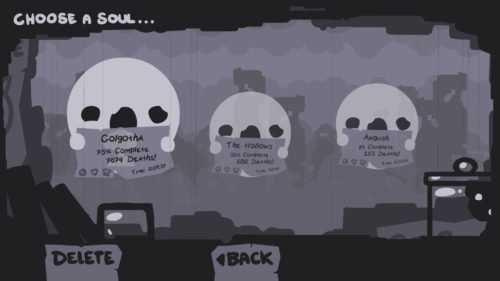 Creating this difficulty is a slew of ever growing death traps. In the early worlds, you may have to make a simple jump over a gap, or jump between hooks on walls, but as things progress you face new obstacles like guns that shoot where you’ve last been, or lava that rises and falls in the span of a few seconds. Overall, I felt the difficulty to be pretty balanced for The Past (first part of game), but found that there was a noticeable spike in The Future (second part of game) that felt somewhat out of place. 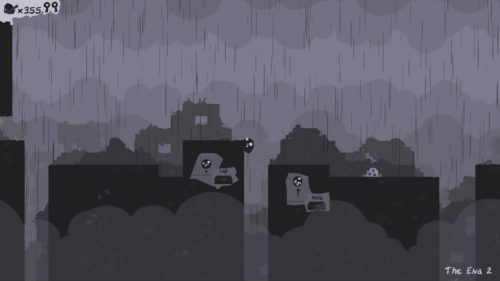 To tackle the platforming challenges that await Ash (the many character blob), there is a relatively shallow yet deep set of abilities. Ash can baby jump, super jump, ledge hang, ground pound, and that’s about it. While this may sound like a limited array of moves, McMillen and Glaiel do a good job of pushing these abilities to their absolute limit.

Controlling these simple mechanics was sometimes hit or miss for me. As a fan of using the gamepad for comfort, I found certain actions to be less responsive on the gamepad then on keyboard. I don’t know how many times I jumped for a ledge only to watch Ash faceplant into it and fall to his death instead of grabbing the ledge (same issue with baby jump vs mega jump). The fact that The End is Nigh is centers around precision, but gamepad controls feel imprecise at times, created some incredibly frustrating moments. 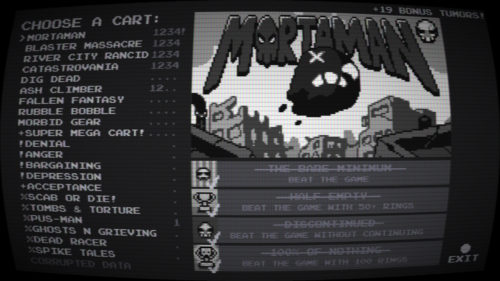 It wouldn’t be an Edmund McMillen game without a ton of collectibles, and The End is Nigh has a ton. Collectibles in The End is Nigh range from Tumors in every level, to game cartridges. Overall, there is a ton of stuff to collect, but a lot of it I found to be not worth the time.

The tumor collectible serves dual purposes. Collecting tumors provides a life pool in The Future (yes, you stop getting infinite tries), and also let’s you access a set of cartridges by collecting certain amounts. Tumors range from simple to grab, to down right complicated. If you are an unskilled player who needs all the lives you can get, you will more then likely need to collect many of the tumors in The Past to have a chance at beating The Future. This approach didn’t work all that well for me and seems to be a strange decision.

Alongside the tumors are cartridges or carts to collect. Cartridges are the main staple of The End is Nigh and essentially provide further content by allowing access to ‘retro’ levels when played on your home retro console. Many of these levels are far more difficult than anything in The End is Nigh‘s main story and really don’t feel all that rewarding to unlock. Instead of unlocking something that impacts the game in a fun or different way, fans instead get more difficult platforming to complete for achievements. This sort of grind felt incredibly unrewarding to me and completely misses the mark on time in = fun out. 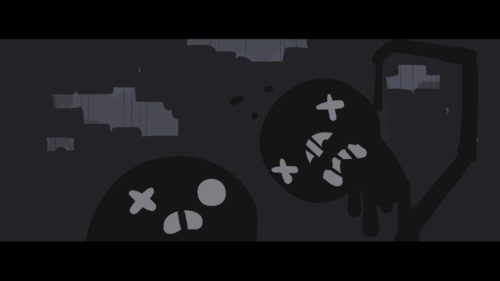 I don’t typically play McMillen games for the story and The End is Nigh is not really any different. While there is a surface level story about Ash and trying to make friends, it doesn’t really go anywhere all that interesting. Like other games made by McMillen, the more stuff you do, the more snippets of story unlock. Again the investment of time for the little reward the story delivered just didn’t feel worthwhile.

I also didn’t quite get the inclusion go Rich Evans. While I think he was good as Ash, he had a very limited number of lines and cutscenes. This seems like a total waste and really felt like a let down given all the hype around having RICH EVANS in the game.

Stability – Game ran well for me and I had zero problems.

Value – There is a ton of game here for cheap.

A Ton of Achievements – If that’s your thing.

Crazy Difficult Cartridge Challenges – If that’s your thing as well.

I liked, but didn’t love The End is Nigh. While there is a fun game here, the obsession with difficulty really makes the experience falter through specific design decisions. Areas like The Future really aim to frustrate the player, but don’t present much of a rewarding payoff for success. The same can be said for the game’s collectibles. Instead of wanting to collect things, I did so either out of necessity or for the site. While both the art and music are incredible, The End is Nigh just didn’t fully hook me.

+ The little Rich Evans we get

+ Controls feel good most of the time

– The ROI on time can feel not worth it

– Controls can be janky on gamepad

– McMillen making this instead of Mewgenics

Agree or disagree with my The End is Nigh review? Let me know in the Pit. Or don’t. That’s cool too.

Tags: Edmund McmillenIndieSteamThe End is Nigh!