Home » Walkthroughs » The End is Nigh Guide » Page 3

The End is Nigh Guide 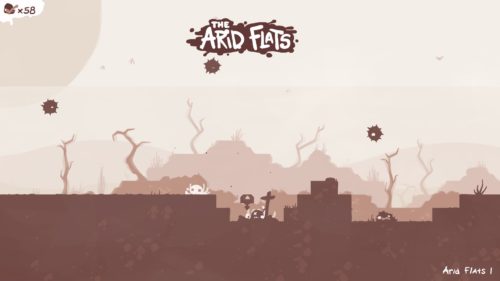 Welcome to the Arid flats. This is the second world in The End is Nigh and it introduces new mechanics such as moving enemies, springs, as well as more puzzles. Going from The End to The Arid Flats is a bit of a skill jump, so be prepared to die (a lot)

Strategy: All you need to do here is run to the right. Avoid the one enemy and you’re good. 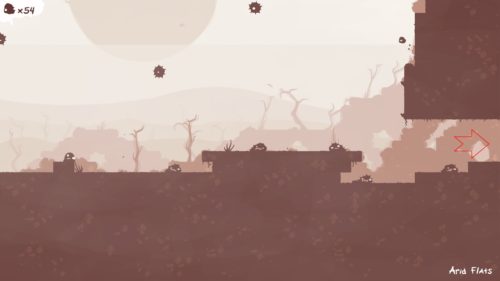 Strategy: All you need to do here is run to the right. Avoid the enemies and you’re good. 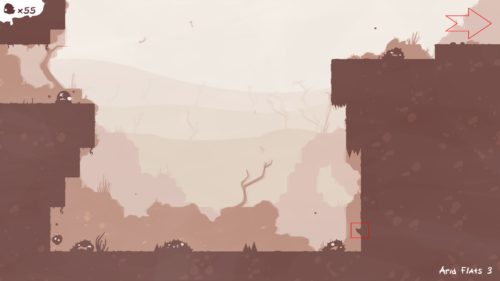 Strategy: This level is not quite as simple as just running right. Drop into the pit and make your way over to the hook. Pull the hook and portions of the right side will fall allowing you to access higher up (the biggest thing to watch out for is the enemies). 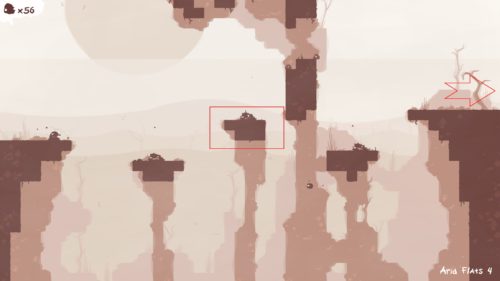 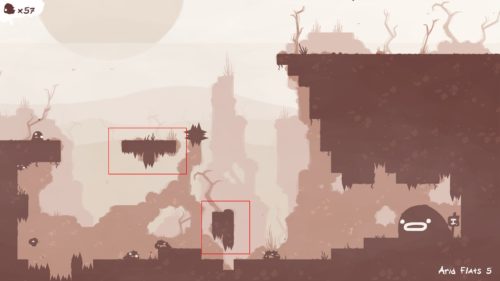 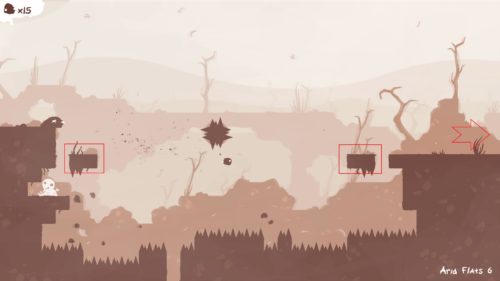 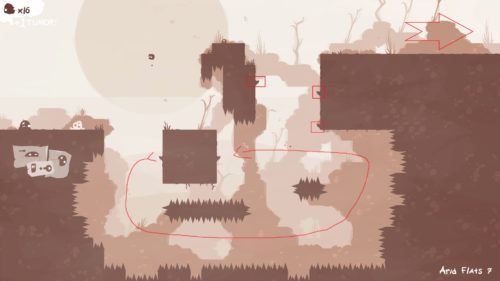 Strategy: The Arid Flats 7 introduces us to crouching which will come in handy. In this level, there is a giant floating block that moves clockwise. Board the clock and ride it all the way around until you are near the hooks. Jump to the hooks and use them to exit the level. 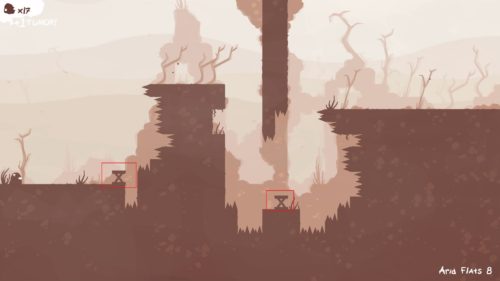 Strategy: If you’ve played Mario before, you’ll immediately recognize jump pads. When on the jump pad, if you jump near the bottom you will spring upwards. Use the springs to traverse spikes and exit the level. 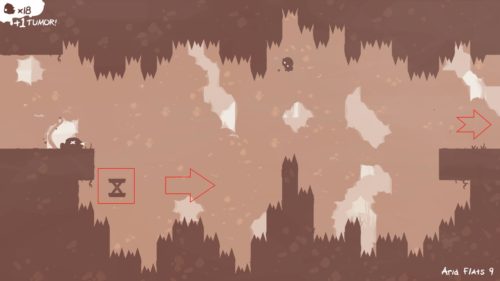 Strategy: Inside this level is a spring moving horizontally. Use the spring to cross the spikes by bouncing up and down on it while it moves. 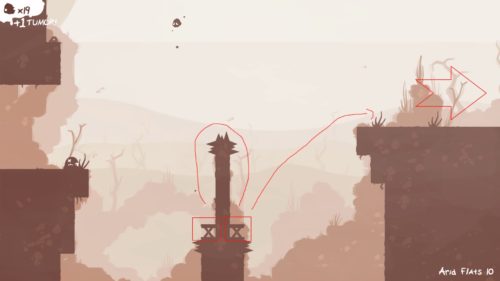 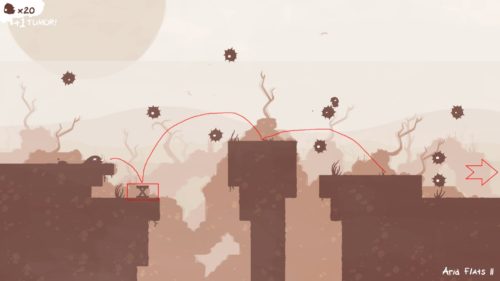 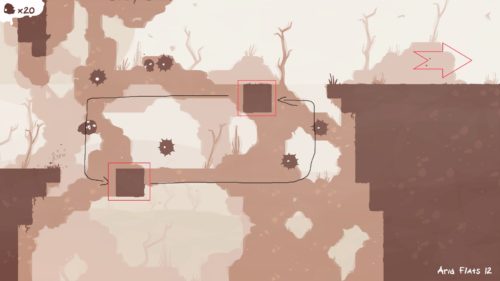 Strategy: In level 12 there are 2 squares moving in a counterclockwise direction. Once a box makes it near the starting platform, jump on it and ride until you reach the exit. As you ride, the spiked balls float around. You need to dodge the balls. 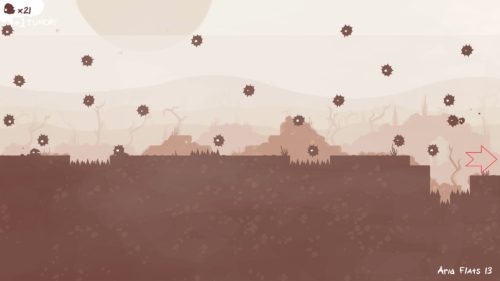 Strategy: Head to the exit on the right by dodging the spiked balls. 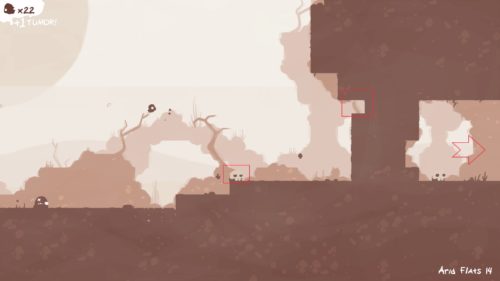 Strategy: Lure the skeleton enemy over by the door and then jump on its head to reach the small square in the door. Inside the square, the door will then lower giving you access to the exit. 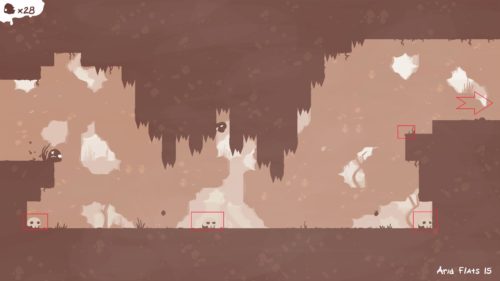 Strategy: Like we did in the previous level, we want to lure and an enemy near the right ledge. This will probably take a few tries as there are 3 of them, but once you have one near, bounce of its head and grab the ledge. 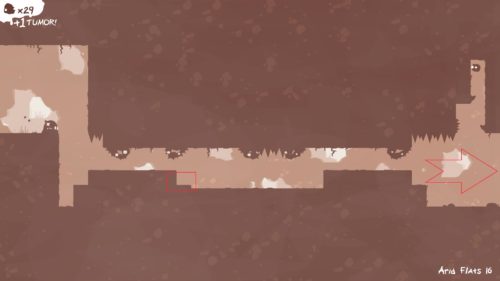 Strategy: This is a relatively simple room. All you really need to watch out for this middle section that raises up. If need be, you can stop in the red square to wait and then proceed right. 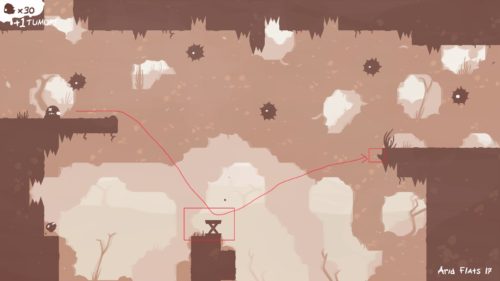 Strategy: Use the spring in the middle of the room to access the hook on the right ledge. Use the hook to get to the exit. 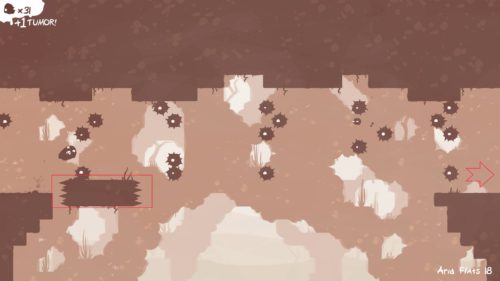 Strategy: Use the spiked log in the center of the room to ride across the room. While riding the log, you need to dodge the spiked balls that are constantly coming from the right side of the screen. Short jumps seem to do the trick here. 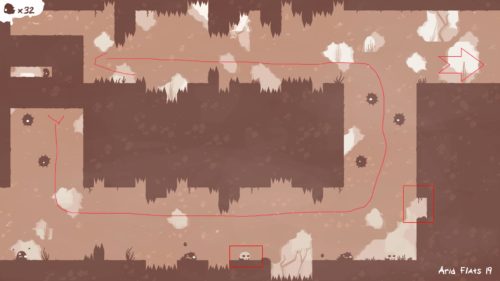 Strategy: This room is a bit more complicated then what we’ve faced up to this point. First off there is a giant square moving counterclockwise throughout the room. This square can kill you. Second there are a few enemies to pay attention to. What we need to do here is head to beneath the second square. Lure an enemy over and jump off its head. Wait for the square to come around. Jump on top and ride the square up. This gives you access to the exit. 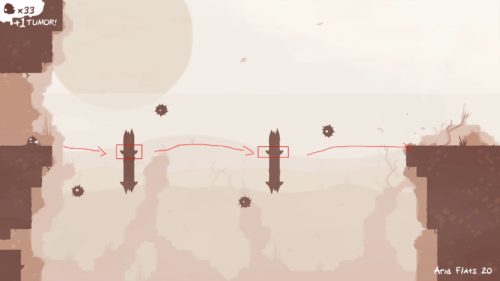 Strategy: After Level 19, we get a bit of reprieve in Level 20. What we need to do here is simply use the conveniently placed hooks to make our way across the room. You’ll need to jump over the spikes twice and dodge the spiked balls, but the rest is pretty easy.

If My text guide failed you, take a look at this World Run through video I put together. This may help you visualize a bit more what my strategies were for completing each level in The Arid Flats world.