The Binding of Isaac Antibirth Characters

The Binding of Isaac Rebirth received a huge mod called Antibirth back in December and the mod itself is really good. There are a whole slew of new collectibles, trinkets, enemies, bosses, rooms and characters to unlock. Each of these segments deserve their own guide, so today I will be touching on how to unlock The Binding of Isaac Antibirth Characters.

In total there are two character to unlock in Antibirth: Bethany and Jacob. Like other character unlocks, each requires completing a specific task during one of your runs. Some unlocks in the series have been pretty hard/time consuming, but fear not, as both Bethany and Jacob are fairly simple to unlock.

Bethany is a really fun character. Starting with the new active item Book Of Virtues, Bethany is able to summon orbitals with each item charge. These flame orbitals also shoot tears and can stack to an absurd amount (having multiple rings is insane). Bethany also has a built in system that uses Soul Hearts, Black Hearts and Immortal Hearts to contribute a point of charge to her active item. So how do you unlock her? To unlock Bethany simply do a run in which you have 12 Soul Hearts at once (easy way is to do a Blue Baby run). 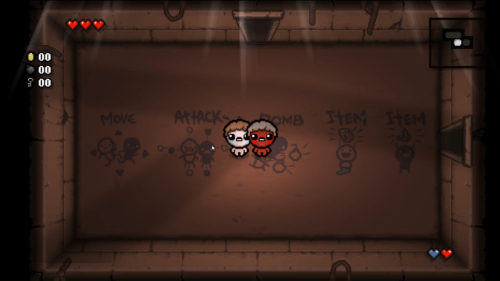 Unlocking Jacob takes a bit more work than simply collecting things. In order to unlock this unique character, players must fight and defeat Antibirth’s new end boss The Witness. Beating The Witness will probably take you a few tries, but once you manage to defeat the boss, Jacob is unlocked. Jacob is an interesting character due to the fact the character itself is actually two characters (Jacob & Esau). You control both characters which can be a bit tricky especially since item pickups are only applicable to the character that picks them up. Good Luck!

What did you think of this guide to unlocking The Binding of Isaac Antibirth characters? Sound off in the Pit below.