The Best New Game Characters of 2017

2017 was a good year for video games. Like really, really good. In 2017 there were a number of games launched across the entire gaming spectrum (indie to AAA) which were well produced and fun. Within this large selection of games were a number of new IPs which brought new characters into the homes of gamers across the world. Below are the best new game characters of 2017. 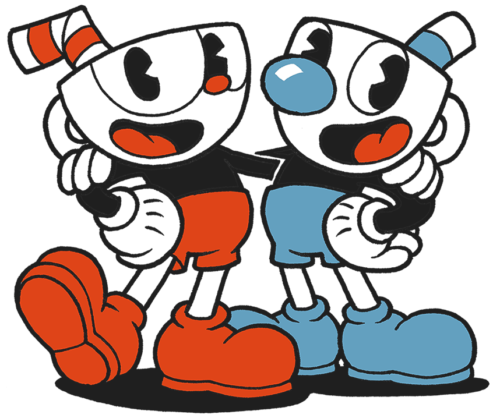 About: ♫Cuphead and his Mugman friend♫ are the protagonists of Studio MDHR’s indie title, Cuphead. Cuphead and Mugman spend their days gambling at a casino owned by the Devil, and ultimately lose a bet they had no chance of ever winning. This loss forces Cuphead and Mugman to collect upon outstanding debts of various Inkwell Isle residents, and is the  storyline in Cuphead. Playing through the game as a solo player will put you in the role of Cuphead, while co-op play adds Mugman to the party.

From a design perspective, both characters look like the love child of Mickey Mouse and a cup. This design decision was an incredibly smart move by Studio MDHR creating something that feels visually familiar, but is still unique and identifiable. Upon Cuphead‘s release, fans immediately gravitated to the Cup-headed protagonists and the internet with flooded with both SFW and NSFW fanart. Given the success of Cuphead, I am fairly confident that we will see Cuphead and Mugman again.

Senua lands on our list of the best new game characters of 2017.

About: Senua is the titular character of Ninja Theory’s Hellblade Senua’s Sacrifice. Hellblade is set in the late 8th century, and follows Senua, a Pict warrior as she attempts to travel through Helheim in the hopes of saving her dead lover, Dillon. Throughout her journey, Senua deals with both physical and mental manifestations of psychosis, resulting in an interesting and thought provoking gaming experience.

Senua is one of the best new game characters of 2017 for a number of reasons. The first and most obvious is the characters visual design. Senua is played/based on Melina Juergens, who took her first foray into acting with this role (Juergens is Ninja Theory’s video editor). Created using motion capture technology, Senua’s movement and design feels incredibly lifelike. Juergens performance was so good in fact, The Game Awards gave her the Best Performance award (well deserved imo).

The second reason is how Senua is portrayed. Hellblade deals with a number of mental health problems which could have easily created a character that was unlikable. Thankfully, Ninja Theory created a character that felt real and felt like they were really struggling. This writing and presentation pulled me in and made me curious to see what would happen throughout Senua’s story. I wanted Senua to make it out okay. I got invested. Many other gamers also felt thr same way, and hopefully this support allows Senua to return in the future. 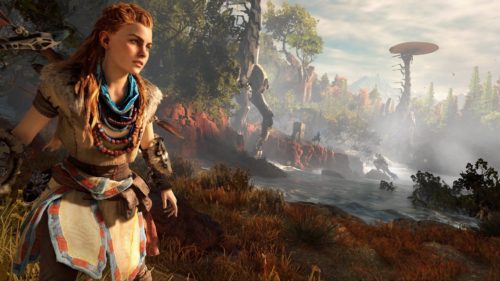 Aloy is easily one of the best new game characters of 2017.

About: In Horizon Zero Dawn, players take on the role of Aloy, a 18 year old outcast of the Nora tribe who is searching to understand her origin. Along this journey, Aloy must navigate the politics of other Tribes, an Earth teeming with Machines, and revelations which have profound impacts on who she is as a person.

Horizon Zero Dawn has to be one of the more sleeper hits of 2017. The game itself minor hype going into release, but really exploded in popularity after people came to realize that Guerrilla Games had developed something worth checking out. Part of this popularity can be attributed to the main character Aloy.

Aloy is the player’s main view of discovering what’s happening/has happened on Earth. Through Aloy we get a chance to view themes like daughter/father relationships, religion, purpose, belonging, and discovery. In dealing with these topics, Aloy brings a nice mixture of seriousness and humor which makes exploring these topics interesting. Couple Aloy’s personality with high quality motion capture and acting, and you have a new character that seems to be destined to star in many more games. 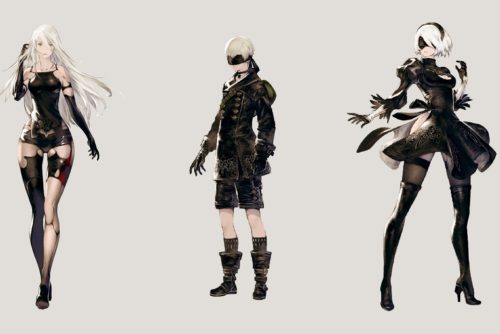 About: Nier: Automata is another game that came along that really blew up once players got their hands on it. In Nier Automata, a war has occurred between the remnants of humanity and the machine army of invaders from another world. The initial invasion forced humanity to flee to the Moon. Humanity send down combat androids called “YoRHa” to fight the invaders in a proxy war.

The androids sent down to fight on behalf of humanity come in the forms of A2, 9S, and 2B. All three androids have unique personalities and face their own crises throughout the many playthroughs that are possible in Neir: Automata. Each playthrough adds a new layer to the characters, making the androids incredibly complex characters to explore. If the lore/character building doesn’t appeal to you, it’s okay, because both A2 and 2B are rather eye pleasing and would make ideal waifus. 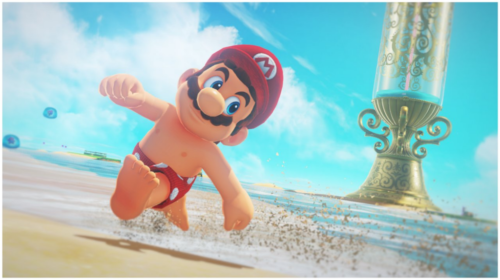 Nipple Mario is one of the best new game characters of 2017. JUST LOOK AT HIM!

WHAT A TIME TO BE ALIVE!

Thoughts on the best new game characters of 2017? Who would you include in your list? Let me know in The Pit below.