Every year the studio behind Warframe brings players together for what they call the yearly Tenno Live conference. At Tenno Live, Digital Extremes lays out the future of Warframe along with reveals of new frames, weapons, and expansions. To help you keep track of everything revealed today, here’s a list of the Tenno Live 2018 announcements. Let’s go. 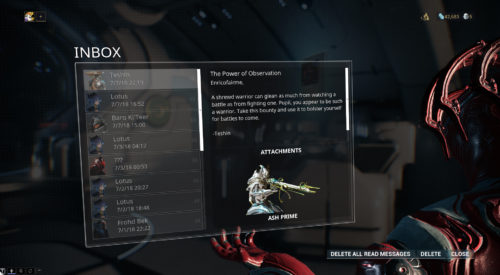 When your Ash Prime is unlocked it will appear in your inbox. Mine appeared almost instantly.

Before anything was revealed, the hosts discussed the Free Ash Prime that viewers on Twitch would earn for watching 30 minutes of the stream. Those of you that did watch Tenno Live 2018 will get the Prime Warframe sometime over the next two weeks.

Warframe is Coming to Nintendo Switch 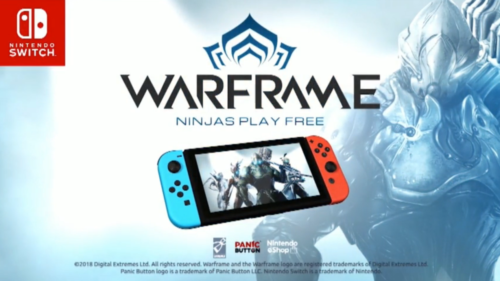 Warframe is coming to Nintendo Switch, so you will be able to grind on the go. 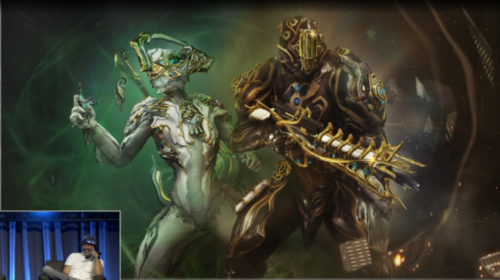 There will be a new Prime Vault launching this summer. The vault will include Nyx and Rhino. There will be a dual pack with both Warframes; a single pack; and two accessory packs for purchase. 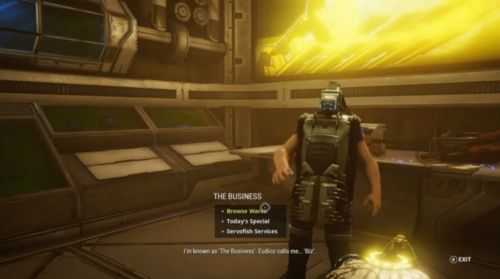 The Business is a new merchant you can find in the city of Fortuna.

The new expansion was shown off in a three person configuration and took place in the new city of Fortuna on Venus. Fortuna features a number of merchants who sell new things. New things shown off include Kitguns which allow you to build your own types weapons using different components; new Moa Companions based on components you add together; new forms of hunting and fishing to take part in.

Venus is a much larger open space which features a snowy landscape and huge areas to explore.

Outside the hub of Fortuna, the area of Venus is a large, Plains of Eidolon like area which players will be able to explore. This new open area is much larger than Eidolon and now allows for hoverboard usage as a mode of transportation (pretty sweet). 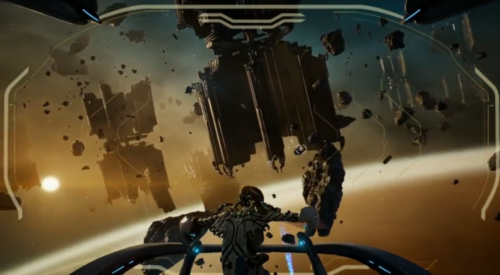 Besides spending some time on Venus, the demo showed off a new ship. This new ship allows players to fly around the outskirts of Venus, where they can fight capital ships and explore. The ship itself is manned by you and fellow Tenno, meaning each person can have a role on the ship. The ship combat sequence was called Railjack. 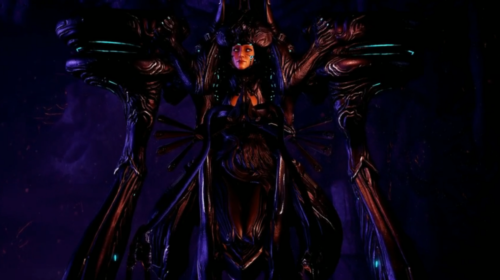 Closed on a teaser for The New War. Not much was shown, but this brought down the house. Definite spoilers though if you haven’t completed certain quests in Warframe.

Thoughts on the Tenno Live 2018 announcements? Let me hear them in The Pit below.