Early today, the SNES Classic went live for pre-orders. From what I’ve gathered, the console sold out almost immediately. While you may not have gotten a preorder in for the SNES Classic, you can at least learn about some of the nifty features that will be included in the system. 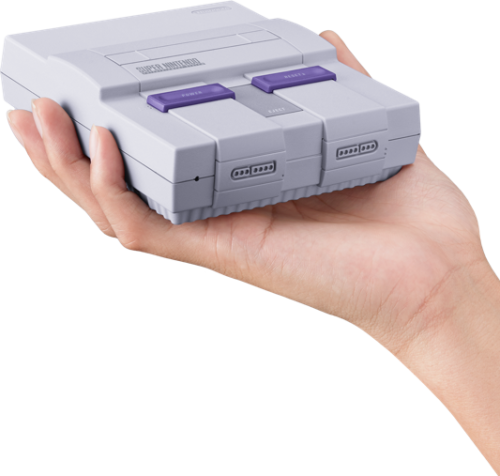 Fans of SNES games who wished for more do overs in some of the more difficult titles rejoice! Nintendo has added an instant rewind feature which does exactly what it sounds like. On any of the included  21 SNES games, players will be able to rewind back to collect missed collectibles or practice segments they found especially difficult.

Exactly how rewinding will work across titles is a bit more complicated. Nintendo has said that the amount of time a player will be able to rewind is based on the game. So a title such as Super Mario RPG: Legend of the Seven Stars will let you rewind for a few minutes, while other titles like Super Mario World will only be tens of seconds.

The SNES Classic will display games similar to how the NES Classic did, by fitting the image, not filling to the screen. This means that all the games have a black border surrounding them. If the idea of staring at black nothingness doesn’t appeal to you, fear not, Nintendo has a solution. Players will be able to use optional frames, which will liven up the normal black border.

If the first two features have you disappointed, this next feature may change that. The SNES Classic will allow players to suspend their game at any point, as well as save wherever they want. Each game will feature four available suspend points. This is a nice feature to have given how Nintendo has normally shied away from including any ’emulator – like’ quality of life features.

I personally didn’t get a SNES Classic today, but I do like reading about the adventures of those trying. Apparently the appeal of SNES Classic games as well as the features listed above is just strong on some people.

What do you think about the SNES Classic features? Score one? Let me know in The Pit below.