Rocket League Season 5 – What to Expect

It’s hard to believe that Rocket league will soon be passing into its second year after release. It feels like yesterday that this car smashing, goal crashing, aerial flying game hit the shelves and my heart (see Rocket League – A love story). Instead I realized the title was released all the way back on July 7th 2015 and that I’m getting very old. The simple idea of cars playing soccar was immediately met with serious praise and a big player following. Forbes announced back in January of 2017 that the game had already passed 25 million players, a staggering number.

For a simple game that costs less than a third of a big blockbuster, Rocket League has done very well for itself. They have had the ability to not only keeping things running smoothly but keeping players engaged over time. This can be seen clearly in the effort and changes being made with the introduction of season 5.

To commemorate the 2 year anniversary of Rocket league’s initial release there are several things to look forward to in what is being called the Champions field update. The icing on the cake is that if you already own the game you don’t have to spend a dime to participate in the fun. Below I have listed what to expect and look forward to in season 5, the Champions field update. Overall the mechanics in the game will not change, what Psyonix has chosen is for a serious push in cosmetics. July 5th is when the new season and update will take place.

My personal favorite part of the update will being able to pick up some new swag, especially when that means a new whip. The new battle-cars up look like some serious gold and will be found few and far between active players. The first battle-car is a low build similar to a F-1 type race car. This will likely match up similar to the the bat mobile and get great lift on the ball. The second looks sexy and has the right aerodynamics to possibly dethrone the Octane battle-car as the often favored choice in competition. The new battle-cars are titled the Centio V17 and the Animus GP. Being the first to battle with either of these cars will likely get you some serious praise. The unfortunate part to being able to fly these around the arena is that luck will need to be on your side. See Crates below.

This is what Rocket League players thrive for, myself included. The thrill of matching up against the best or just some similarly skilled players. The ability to evenly match up with players across the continent is what keeps players coming back. Competition has driven some players to serious play time already (think over 4,000 hours on steam alone). The reason for such high hours is likely from Pysonix creating their own professional gaming circuit. Jumping on right after the update on July 5th will have a reset competitive league and should bring some extra variability to the matches. Since no player will have a rank to start the season’s competitive journey there will be quite the mix of experience.

Now I know what a said earlier about pricing and yes, I may have been sidestepping one big part of the game. Rocket League thrives on small transactions. In my opinion tough we should be thanking them that it is only for cosmetic upgrades. With the start of the season 5 will come a new Overdrive crate and a new reason to buy keys. There is a lot of discussion on how often crates drop after matches but I think all players looking for them can agree that it isn’t nearly often enough. Also the new battle-cars to be released in the update can only be obtained as a reward in the new overdrive crate.

This concept will keep the cars exclusive something that has both its own pros and cons. It will reward those willing to spend cash or those who put in excessive time to get the drop themselves. The value of crate keys I am sure will go up in game with more items being searched for. Besides the unique cars that could drop from the new crate there are several other items. This will include new decals, rims, boosts and trails to look forward to. 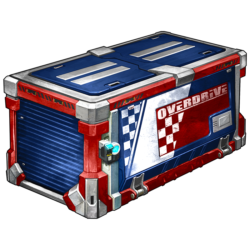 Over the past couple years it has become apparent that Rocket League has been trying to bring players together. Some current news has revealed that it looks like they are continuing with that trend. Already PS4 and Xbox One are able to play against steam PC players and another will be joining soon. During Nintendo’s E3 2017 briefing it was announced by Psyonix that Rocket League is coming to the Nintendo Switch. Not only will you be able to play on Nintendo but there will also be support for cross-play. On May 24, 2016 Rocket League became the first game to have cross-network play. Xbox One and a Steam PC was able to play together online. The news of more joining in is something to look forward to. It is important to note though that there is some limitations to cross-play. Due to Sony holding back PS4 and XBox One players are not currently able to play against one another, only with PC.

Another new release with the Season 5 update will be a new arena. This has been titled, “Champions Field” and the map is a regular sized field with the world outside being a huge multi-level stadium. To me this appears to be a tribute to the many fans who tuned into the stream of the Rocket League world Championships. The finals ending only two weeks ago on June 4th and I for one cannot wait for the next. Now players can match up and compete against each other in an arena where they get to feel like the ones being watched by thousands of spectators.

Prior to now car trails have been a portion of Rocket League that have gone unchanged. When a battle-car hits top speed a small trail streaks out behind the wheels, like a fire lit by a DeLorean reaching 88 mph. This helps to indicate to the driver that first, they are bad ass. Second, that they can throw themselves into an opposing team’s car causing demos. Depending on the rank achieved in season four, players will be rewarded with a corresponding new trail. To add to the new rewards trails entering the mix there will also be a car trail available in the Overdrive crate. There will be a subtle change in wording due to the introduction of the customization of trails. This will be the renaming of rocket trails to rocket boost to avoid confusion between the two parts. If  you want to check out what the season reward trails look like, jump on over to the Rocket League official site.

The last details revealed thus far for the July 5th update is a mash of several other items. Psyonix has beefed up their music library, giving players more options of what to listen to and the ability to set up playlists. There will be a new goal explosion that can be rolled for in the Overdrive crate. I will particularly enjoy this for when the owner scores and gets some nice effects to go with spamming, “What a save!” Lastly, there will be an update of the engine audio system, new trophies and achievements.

Overall it looks like Rocket League and Psyonix has put in some good work into the game in preparation of the two year anniversary. I suspect the season 5 changes will bring many long time players back into the mix who have faded off and encourage others to pick up the well-priced game.