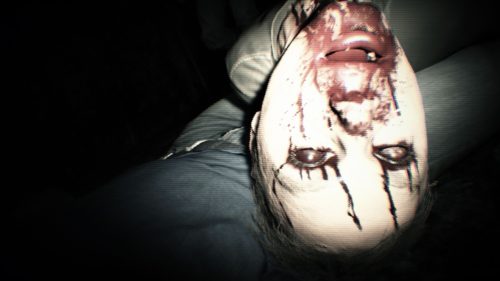 Dirty Coin – Complete the demo with the Dirt Coin in your inventory.

Right off the bat there are two unlocks for simply beating Resident Evil 7 on either the easy or normal difficulties: Madhouse difficulty and the Albert-01R handgun:

Madhouse difficulty –  Is a harder game mode where enemies do more damage and there is no health regeneration. Enemies appear in higher numbers and move faster. Autosaves less often and you will be required to carry cassette tapes with you in order to use save rooms. Items locations are changes than in previous difficulties and resources are scarcer. Overall this game mode is much harder.

Albert-01R handgun – Finishing Resident Evil 7 puts this handgun into your item box. The handgun itself is capable of huge damage to enemies, but has limited ammo.

Up to this point unlocks have been focused on simply beating the game. The Resident Evil 7 unlocks below, require a bit more skill to unlock. These unlocks range from completing the game in a speedrun fashion, or collecting items.

Walking Shoes – Complete Resident Evil 7 on easy or normal while getting the Mr. Everywhere Statuettes.

Circular Saw – Complete Resident Evil 7 in less than 4 hours on any difficulty.

X – Ray Glasses – Complete Resident Evil 7 in less than 4 hours on any difficulty.

The Essence of Defense – Complete the game on easy while collecting all Mr. Everywhere Statuettes.