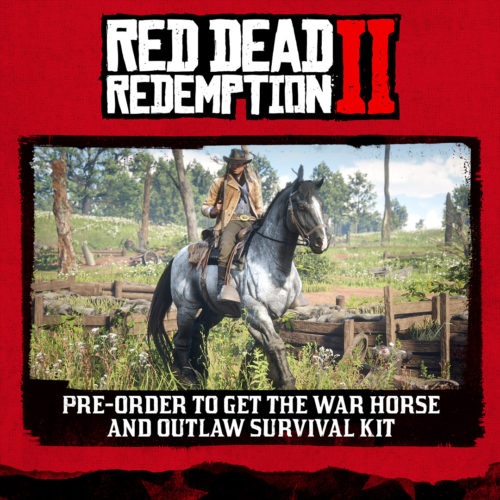 Right off the bat, those of you who pre-order Red Dead Redemption 2 will have access to a couple of in game items. These items are the War Horse and Outlaw Survival Kit (both pictured above). Rockstar shared a brief description on each item:

War Horse: This handsome iron-grey-colored Ardennes War Horse can always be relied on in the heat of the battle. With greater courage and stamina than the average steed, this is a horse that knows how to keep its head under fire.

Alongside these two in game items, players that pre-order digital copies (Xbox One/PS4) will receive a Cash Bonus and Treasure Map to be used in game. The Cash Bonus will allow players to buy weapons, food, and other useful items as needed. The Treasure Map will help players find buried treasure around the world of Red Dead Redemption 2. 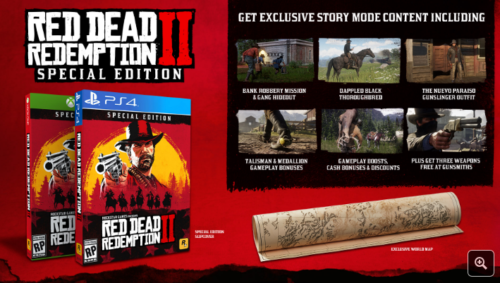 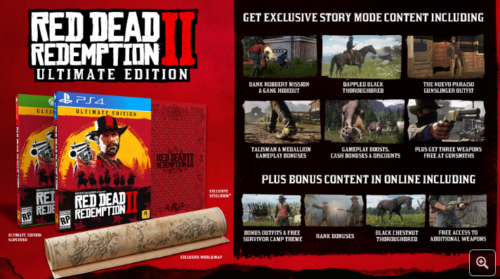 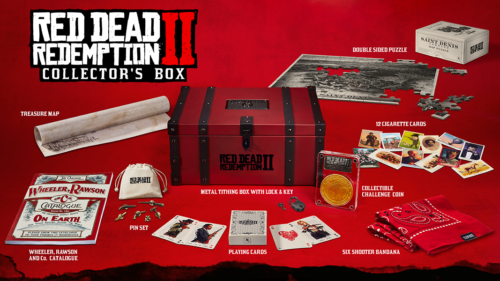 To read more details on each of the various editions and items, head on over to the official Rockstar post here.

Red Dead Redemption 2 is scheduled to release on Xbox One and PlayStation 4 on October 26th, 2018.

Thoughts on the Red Dead Redemption 2 pre order bonuses and editions? Let me hear them in The Pit below.