Today, Brendan “PlayerUnknown” Greene released the PUBG roadmap for 2018. The blog post, penned by Greene highlights the many changes that the developers hope to see implemented throughout 2018. Greene prefaces the “Roadmap proper” with a warning that “everything below is subject to change, and is still very much a work in progress”, so keep that in mind while reading.

The first major point Greene addresses in the post is the seemingly lack of consistent PUBG updates. In 2018, Greene says the studio is “committing to a major content delivery cycle of every two months.” Theses major updates will feature new content and/or changes to specific systems. The first of these major content updates is planned for this month (March). Between each major update players should expect smaller updates (similar to how they do it now).

Alongside addressing the update cycle, Greene says that 2018 will feature more player input. This input will come from the new Experimental Test Server they are rolling out which is designed for players to give feedback on upcoming changes and upcoming content. 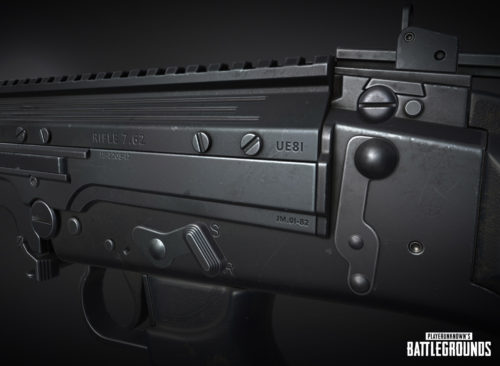 Greene goes on to address a number of core systems that PUBG will change over 2018. First, Greene says the game’s aesthetic will change. Things like houses are getting a new coat of paint. Second Greene discusses the game’s audio which will see improvements in how vehicles sound and how players sound while moving. The last point in Greene’s vision for core systems, is Custom Matches. Custom Matches will expand further and be opened to a wider audience in 2018.

Flanking these changes are a number of new additions to PUBG. Greene mentions a new 4x4KM map is on the horizon. This smaller map should offer shorter matches as player density will be higher. There is also an 8x8KM in the works for later in the year as well.

Alongside the new maps is a new Emote System that is coming very soon. This system utilizes a radial dial from which players can select emotes to use on the battlefield. The list of available emotes will be added to throughout the year.

Besides new maps and emotes, PUBG will continue to add to its swelling arsenal of weapons and vehicles in 2018. There will also be achievements, in-game friends list, squad voice chat in the main menu, limb and vehicle penetration, and more.

PlayerUnknowns’ Battlegrounds is currently available on PC and Xbox One.

Thoughts on the PUBG roadmap for 2018? Let me hear them in The Pit below.