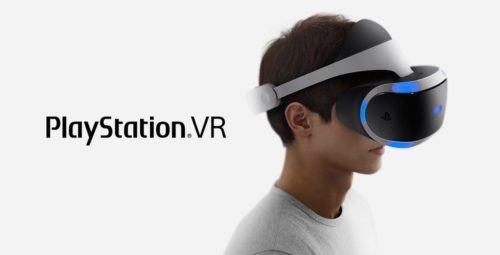 Wipeout VR (Trailer): Update you will be able to download for free if you currently own Wipeout. Coming sometime in Early 2018.

God of War: Showed off some new footage from the upcoming God of War. Total gameplay time is clocking in somewhere in the range of 25 – 35 hour. Still no release date to announce.

Dreams New game out of Media molecule. First footage was shown off during The Game Awards. Dreams is the next step in the play/create/share genre that Mm is known for. You will be able to make a number of different styles of games including point and click, sci-fi, and mystery. Everything shown is running in the “Dreams Engine” and players will be able to create within that engine. Release time is sometime in 2018.

Detroit Become Human: In Detroit Become Human, players will control three characters and will make make choices which shape how the story unfolds. A brief demo of the game was shown which took place during the game’s opening “hostage” mission. Audience members in attendance cheered for choices to be made which included saving a fish. Gameplay looks similar to Heavy Rain – placing emphasis on investigation and improving the probability of good outcomes. Everything you do has a consequence. Will be arriving sometime in Spring 2018.

Donut County (Trailer): Indie Game about filling holes with junk in Donut County (which we covered). Showed off a new trailer for the game.

Death Stranding (Trailer): Showed off the trailer from The Game Awards. Hideo Kojima stopped by to talk more about Death Stranding. Kojima revealed that the trailer shown is running in real time on a PlayStation Pro; Also the latter half of the trailer where Norman Reedus is swimming, is all playable.

MediEvil (Trailer): A teaser was shown off for MediEvil. Not much was shown or explained about this game. We do know that MediEvil is based on a game that was released back in 1999.

Thoughts on the 10 most interesting reveals from Playstation Experience 2017? Let me know in The Pit below.