Back at Blizzcon 2017, Blizzard announced a Blizzard-themed amusement park map that would be coming to Overwatch. Today further information has been shared by Blizzard, as they have revealed promotional art for that Blizzard World map.

The map itself looks to be a Disney World-esque theme park which features a number of park sections dedicated to various Blizzard IPs. This promotional map is also available for physical purchase in a limited run over on the Blizzard shop. See the promotional map below. 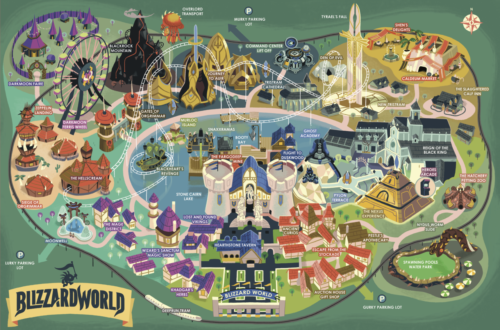 Alongside the map, Blizzard also revealed a number of ride promos. They include:

Can you see all the easter eggs in the Blizzard World promotional? Let me hear them in The Pit below.