Pokemon GO has finally received its first new update and to the disappointment of players it is not much. Niantic has addressed a few issues facing players, but the update is pretty barren. The update is available to both Android and IOS users and can be grabbed from the respective store (or automatically). Here is what the update brought to Pokemon GO.

The Pokemon Transfer Button Has Moved 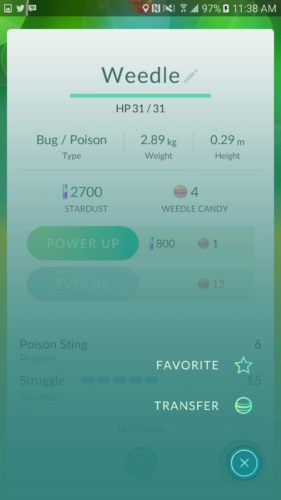 Remember how you had to scroll down to the bottom of the Pokemon description page? Well that no longer is a thing. The transfer button now sits on the bottom right of the screen in the hamburger looking button. This is a welcome change as often scrolling down was a buggy mess.

Alongside the transfer button change, is also the inclusion of a favorite button. Basically what this means is that a Pokemon which is favorited can not be accidentally transferred. So if that was an issue for you… It has been fixed.

Footprints are Gone For Now

Seeing a Pokemon nearby that you want, then opening the nearby Pokemon menu only to find that every Pokemon was three steps away was frustrating to say the least. While it appears Niantic has heard players frustrations, the new Pokemon GO update has simply removed steps from the display. This appears to be a simple reaction to complaints, and hopefully gets updated quick as the game relies heavily on catching Pokemon. 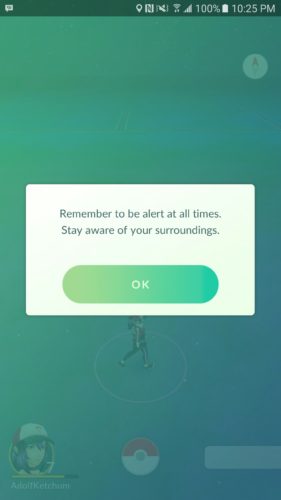 There has been a ton of Pokemon GO news out there about people doing stupid things. In an attempt to address this stupidity, Niantic has included some common sense warnings in the new update.

Just a reminder, but digital creatures are not worth dying over. Be safe out there.

You Can Dress Up Now! 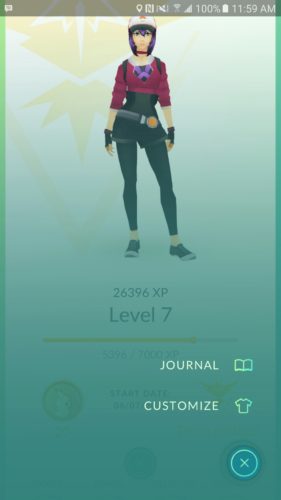 When I first created my character, my apparel was basically a hodge podge of what I thought looked good. I had no idea that teams was a thing. Now players have the opportunity to dress the part. My character is now rocking all Team Instinct colours like some type of team water boy. 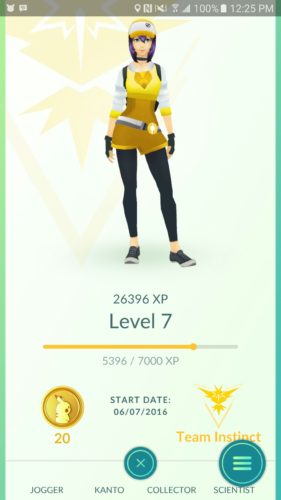 To access the customisation menu, simply select your character profile then press the hamburger button. Here you will be able to customise anything you want.

A Bunch of Small Things in the New Update:

Anything you have discovered in the Pokemon GO new update? Let me know in the Pit below.