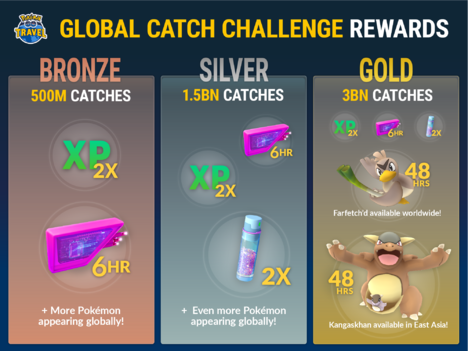 As the Pokemon Go community was able to catch a mind boggling 3 Billion Pokemon, the Gold rewards are currently unlocked:

Did you grab any of the Pokemon Go Global Catch Challenge Rewards? Let me know in The Pit below.