PlayStation Plus Games for May 2018 – Quantic Dream and Ubisoft Titles

PlayStation Plus Games for May 2018 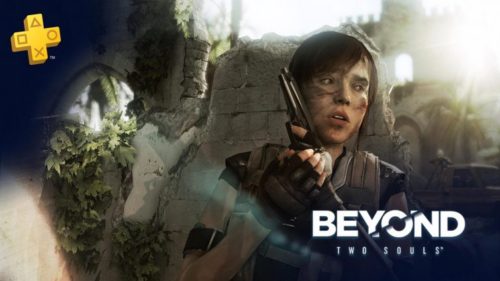 Headlining the PS+ games for May 2018 is Beyond: Two Souls out of Quantic Dream (the developers behind May 25’s releasing Detroit: Become Human). This 2013 interactive drama action-adventure game stars Ellen Page as Jodie, a troubled young person who has grown up with an incorporeal entity named Aiden. Jodie and Aiden both become subject of the United States of Paranormal Activity department, where they learn to harness their power. Like any story, things in Beyond: Two Souls quickly unravel, leaving Jodie to navigate her future.

Alongside Beyond: Two Souls, gamers will have a chance to get their hands on Rayman Legends. Released back in 2013, Rayman Legends is a sequel to 2011’s Rayman Origin. Like its predecessor, Rayman Legends was released to immediate critical acclaim and is widely considered to be one of the best platforming video games ever made.

Other titles available for PlayStation Plus members include Risen 3: Titan Lords, Eat Them!, King Oddball, and Furmins. These games are more indie in nature, but should be checked out if you’re looking for games to play in May.

Thoughts on the PlayStation Plus games for May 2018? Let me hear them in The Pit below.