What is That? Past Cure Brings Third Person Stealth Action to 2018

Phantom 8 Studios has been showing off footage for their upcoming third-person, action-stealth game, Past Cure, and it’s looking pretty promising. Based around the idea of blending action and stealth, Phantom 8 provides the player with a number of psychic abilities to complete missions including time manipulation, astral projection, and telekinesis manipulation. Take a look at the gameplay trailer below to see some of Past Cure combat in action. 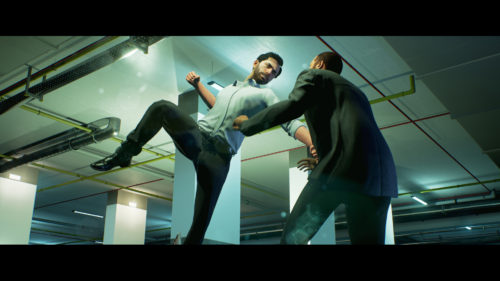 Screenshot from Past Cure. Image via Phantom 8 Studios

When you watch the above gameplay trailer, you will probably get a nostalgic feeling for 90s third-person games. For me, watching the gameplay trailer reminded me a bit of Max Payne and Syphon Filter. Obviously Past Cure will be more modern, but the overall style appears to be pulling from those roots.

From a story perspective, Past Cure places players in the role of Ian, an ex-special forces soldier who has been subjected to extreme expermination which results in the various abilities he posses. The experimentation, while giving Ian incredible psychic powers, has also left his mind fractured. This fracturing causes Ian to experience terrible nightmares, which are hard to distinguish between reality. To find the answers as to why this happened, Ian will carve a path of revenge towards the truth.

Along the road for revenge, Ian will be faces with combat situations which involve choosing between stealth or action. Each approach will have different pros and cons, and will play out differently, depending on the approach you choose.

. You can also access the game’s Steam store page for updates as well.

Thoughts on Past Cure? Let me know in The Pit below.