9 years. 9 years ago I would have just learned how to drive… That’s a long time. 9 years is how long Owlboy has been under development prior to its November 1st launch. Created by D-Pad Studio, Owlboy is a Flying Platform Adventure game for the PC. Owlboy pays homage to games like Metroid, Zelda and even Megaman in new age design. So, was the 9 years worth it? Below is my Owlboy review.

The rise of the Indie game has been both a blessing and a curse for the consumer. On the one hand there are indie darlings like Super Meat Boy, Terraria and Braid which come along and prove masterpiece games can be made on a small budget. On the other hand, there is a large number of indie games which prove to be nothing but a cash-in or shovel ware. Owlboy does not quite hit the heights of the indie elites, but is still a very competent indie game. 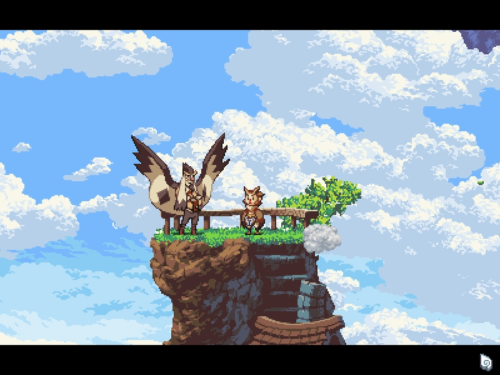 Will Owlboy fly or fall?

Owlboy tells the tale of Otus, a mute owl who finds himself in a world of flawed people. Otus is picked on, verbally abused by his own mentor and generally treated poorly. Things escalate to the point of potential world destruction and our unassuming hero must attempt to save those who do not deserve saving. Much of the game relies on the story, which for the most part is solid. I have seen major praise being heaped on the so called emotional impact the game has had on players, but as someone who is dead inside, I do not find the game all that emotionally moving, though it was serviceable enough to keep me playing. *WARNING* The game does interject a heavy amount of cutscenes into the gameplay, so be prepared to have your game interrupted regularly.

Graphically the game looks beautiful, with incredible care and detail put into both the foreground and background. Those of you who enjoy 2d hand drawn art of yesteryear can bask in this new age classic design, and the character’s you run into are all well crafted and unique. I ran into a bongo playing gentlemen, a man who likes bathing in the town hot springs and other weird characters throughout my play through. Otus, who does not communicate, emotes rather well, and does a good job of conveying his feelings through nonverbal cues. Party members also have their own specific quirks, which is a nice touch from D-Pad. 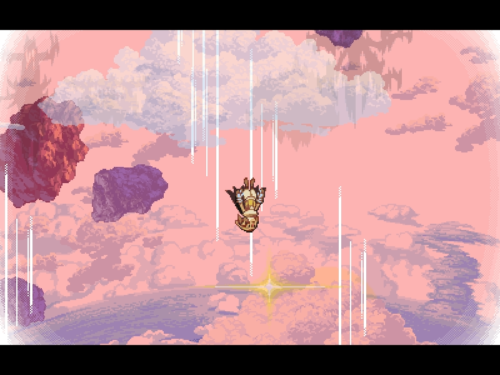 There’s no denying that the game looks gorgeous.

The sound design in the game is beautifully done. There is no voice acting, but there are fun little sound effects to enliven the game’s many cutscenes. The score is probably the most incredible aspect of the game, and each song is better than the next, and really ties together the entire experience. D-Pad opted to use an orchestra of sorts and the decision was a good one. Seriously, this game has an awesome score. AWESOME! It gives me a very Legend of Zelda vibe which I love.

As for how the game performed, the game worked quite well for me. I experienced no crashes of any kind, but did have some difficulty running the game with Crossfire. In the end, I ended up playing without Crossfire enabled (this is not an issue, but should be noted). Aside from that, the game ran beautifully in both full and windowed and gave me little grief. A solidly made PC game, kudos D-Pad. 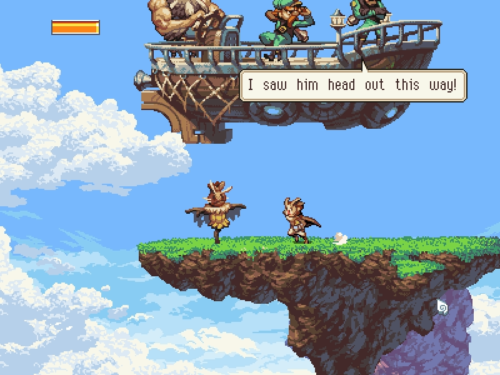 It sounds better then it looks!

The first party member I received was a human/soldier/mechanic named Geddy. With the addition of Geddy,  the game’s main twin stick shooter system is introduced. Basically in Owlboy, Otus can only do two things, fly and spin attack. When it is time for Otus to fight, he requires the help of companions. Geddy, who wields a pistol, can be carried by Otus, allowing Otus to fight and progress. There are a total of 3 companions throughout the story. Each companion has their own backstory and special abilities. Like any metroidvania experience, getting a new companion opens up new ways of traversing levels and progressing further into the story. There are also a few temporary companions, which have their own unique abilities that help Otus through certain levels.

The game allows players to quickly change between companions on the fly as well as teleport companions to you, leading to a free flowing experience. One thing about the companion system I dislike was that dropping a companion on top of an item Otus needs to interact with, does not give the option of switching between picking up the item or the companion. This is minor, but could benefit from a Dark Souls like system of swapping interactions between the two objects. 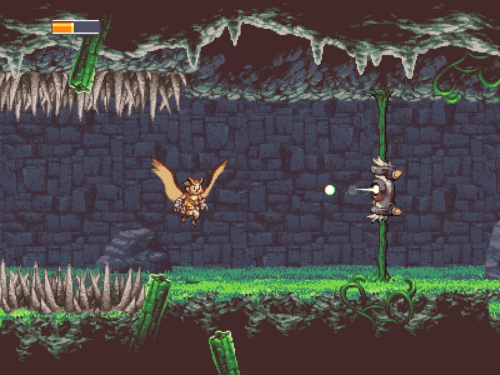 I played the game with a controller and the controls feel good. My only real control complaint is with the auto lock function, which can sometimes get a bit wonky (locking on to things or switching targets randomly). Aside from this minor gripe, Otus reacts surprisingly well to control inputs.

Combat itself is pretty straightforward. Enemies come in varying shapes and forms, but can all be dealt with utilizing your companions. Some enemies have shields which need to be knocked off before they can take damage, while others are better dealt with using a companion’s flamethrower. There are a few boss fights littered throughout the experience and they are fun. All bosses have a specific way to defeat them, so once you realize this the fights themselves become trivial. This gives the satisfaction of ‘getting it’, but may hurt the replayability. 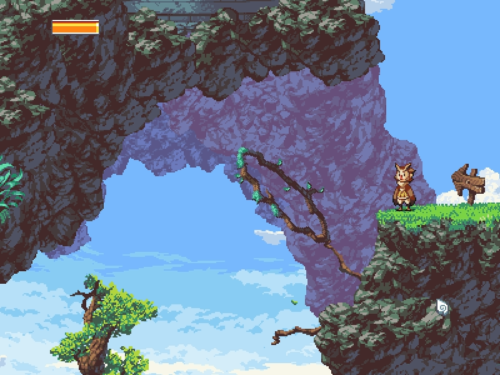 The game bills itself as open world, which I don’t quite agree with. It is open world to the extent that you can fly around, but most of the world is segmented into story levels and can only be accessed via continuing the main story. These missions are relatively linear and literally push the player forwards at points (locking a door behind them). I am not opposed to this as it worked well, but the idea of freely roaming is not as present as I was initially led to believe.

There are optional collectibles to find. Collecting coins unlocks new items, which provide bonuses to Otus and co. These could be completely ignored if you feel like it, but is a nice addition for those who like collecting things. There are also a few NPCs to find as well as three mega coins, which all add a little bit of extra playtime to the game. I felt like D – Pad could have put in even more collectibles and really went wild with the unlocks, but the ones we get are pretty meh. So much so, that I probably won’t bother giving the game another play through. 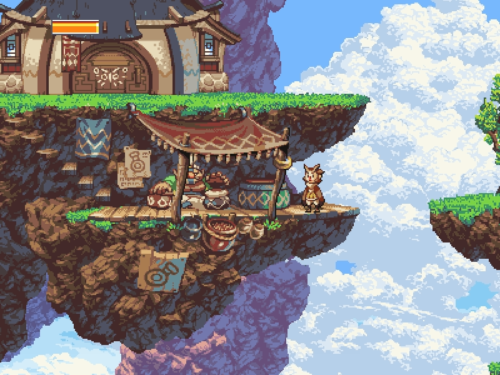 The game took me roughly 6 hours to beat. I collected about 1/2 of all available collectibles, and at $25, the game may be slightly overpriced. With little motivators to replay the game, it falls well short of the likes of Terraria or Binding of Isaac (in terms of hours). But this is largely a subjective value decision.

Owlboy’s ending was a bit unsatisfying for me. While I wasn’t super invested in the story, it seems to just kind of end. There is also no way of exploring the world post end boss fight, so the outcome of story seems kind of pointless.

If you like games that are heavy on story and emotionally engaging, Owlboy will be a joy for you. If like me you find yourself emotionally dead, the game can still be enjoyed as a fun little indie project. D-Pad has done a wonderful job of creating a beautiful looking and sounding game with a foot in both game design past and present. Gameplay wise the game is solid and good for a few hours of fun. Unfortunately, a few decisions by the dev team have kept the game from reaching indie god status.