Overwatch has been out for a little while now and Blizzard has teased some information regarding an upcoming new character. On the official Overwatch twitter account this image was teased: 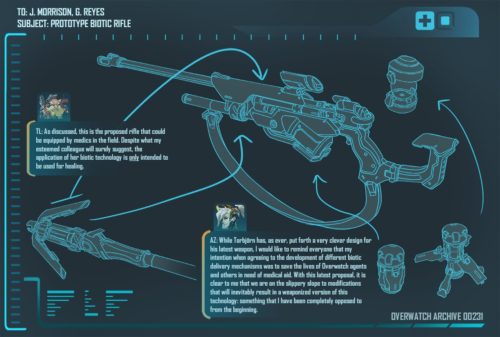 In Blizzard fashion, not much information is given, however we do know the characters codename is “Sombra”. Alongside the release of the blueprint is speculation that Sombra will be a Sniper/Healer, who is capable of healing from a distance.

With Comic – Con on the near horizon, a Overwatch panel description points to the potential unveiling of the new character:

It remains to be seen if this will actually happen, signs are pointing towards Sombra being showcased. The panel is set to take place on July 21st.

Do you think Sombra is coming? Let me know in the Pit below?