Oculus Rift: What I Think

The price for the Oculus Rift was released alongside preordering earlier this month. Coming in at $599 USD, consumers receive a bundle of goodies with there purchase. First and foremost is the Oculus itself along with an Xbox One controller, a remote, a tracking sensor and two games(Lucky’s Tale and Eve: Valkyrie). The price reveal came as a bit of a shock to many gamers around the world. So what do I think about the Oculus? I find myself firmly planted within the cynics camp on the matter. This has little to do with price point and more so the tech itself. Now before I begin to ramble about why I am skeptical of the VR revolution, it is important to note that I have not tried VR in any  iteration. Before you say it, no I am not a Luddite. I am not opposed to trying the tech and would be open to having my opinion changed. With that aside here are two of the reasons I am cynical: 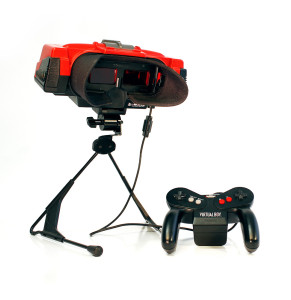 While writing this, I realized I am not an early adopter. To those who are, I’m happy for you. You believe in a technology enough to make a sizable investment into helping grow the platform into future iterations.The Rift’s price marketing aside it is really a remarkable piece of tech. However like many groundbreaking technologies, there is growing pains. I await the moment I can sit down and put my VR cynicism to the test.