Gamers everywhere have been given the gift of reveals today. Rockstar’s Red Dead Redemption 2 is set to hit us at 8 AM pst, but that’s not all, Nintendo has also decided to get in on the fun. Tweeting out on October 19th, that they would being sharing a ‘Preview Trailer’ of their upcoming console today at 7 AM pst. Well guess what everyone? It’s 7 AM and we have got a glimpse of what the NX is.Officially the NX is now the Nintendo Switch and let’s just say the reveal was interesting to say the least.

The new console reveal was a bit shocking. Nintendo has officially re-branded the system, now referring to it as the Nintendo Switch. Now you might be saying, Switch, that seems like a strange name. Well the new Nintendo console features a controller dubbed the “Joy-Con” which to be perfectly frank, looks and acts like a transformer. 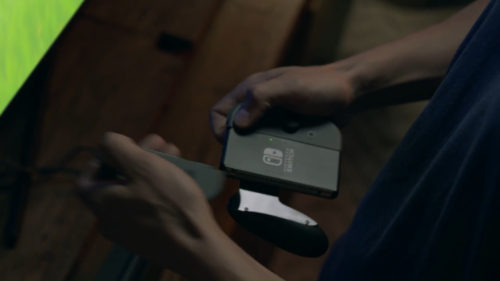 The Switch controller being taken apart for gaming on the go 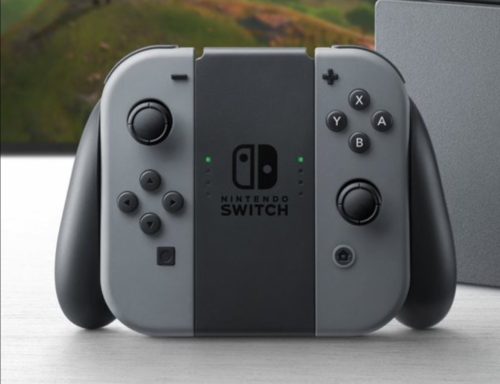 A better profile of the new controller

The trailer really emphasized the Switch’s play and go features. People going about their daily lives, from being in an airport to gaming in their living rooms all utilized different functions of the new console. Once thing is certain, if you like gaming on the go this seems to be the machine for you. 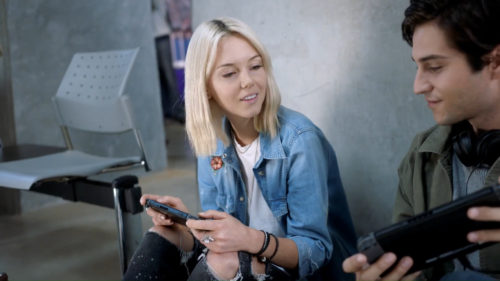 While watching the trailer I was encouraged by the image Nintendo has of gamers, because the one I have varies greatly. Regardless of who uses the system, Nintendo is introducing a ton of interesting concepts in the new Console, from the aforementioned controller to the tablet/screen that comes with the system. 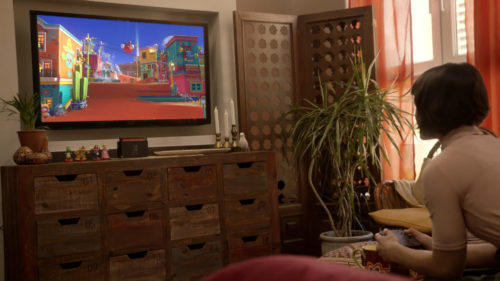 Playing on the big screen

Not much was shown in terms of the actual games you will get to play on the Switch. To run down all that were featured, we saw some The Legend of Zelda: Breath of the Wild, Skyrim, Splatoon, a Mario that I did not recognize (not saying it is new), and NBA 2K16. Obviously it is encouraging to see games like Skyrim and NBA 2K16 being featured as it may mean developers are more on board with this new console from Nintendo. Only time will really tell on this point as Skyrim is not necessarily the newest third party game on the block. 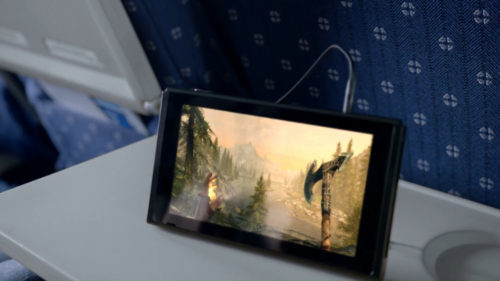 Nintendo fans can expect to get there hand on the Nintendo Switch come March 2017. No word on specs or price has been released, but I expect leading into the launch, we will see more information. If for some reason you haven’t seen the trailer for the Switch yet, it is linked below.

What did you think of the Nintendo Switch? Is it a buy? Like the play and go features? Hate it? Let me know in the Pit below.