Nintendo Announces SNES Classic and You Might Actually Get One

Last year, Nintendo announced and release the NES Classic. The re-release of a beloved retro console, was met with jubilation from fans around the world. Unfortunately for many, that jubilation was cut short as Nintendo ran into ‘scarcity’ problems which led to aggressive re-selling and limited stock. Nintendo’s experiment with the NES Classic led to the eventual discontinuation of the project, but now it seems Nintendo has set their sights on yet another console re-release. Announced early today, the SNES Classic has finally been confirmed and will be releasing this September 29th, 2017 for $80. 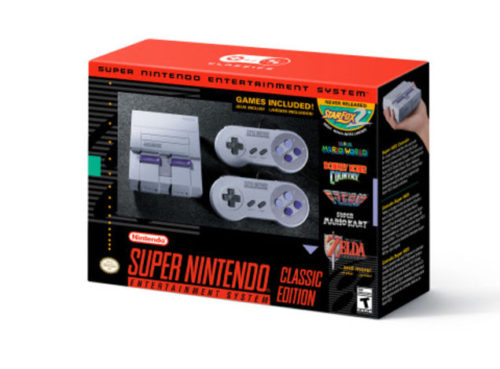 Like the NES Classic, the SNES Classic will include a selection of games built into the console for fans to play. Nintendo has announced the game list and it seems to be chalk full of the classics. Fans will be able to play games like Earthbound, Final Fantasy III, Link to the Past, Super Mario World, Donkey Kong Country and a bunch more. Given how beloved the SNES is I’m sure that one of the 21 include will tickle your fancy. Peruse the full list below and tell me it doesn’t:

While the SNES Classic game’s list is impressive, there still exists a major issue in fans actually getting a hold of the console. Kotaku is reporting that Nintendo has stated they will be shipping more consoles than in the NES Classic run, but only this year. What this means exactly remains to be seen, but I feel like Nintendo is banking on just hitting and quitting it.

Overall, the reveal and announcement of the SNES Classic is not all that shocking. Fans around the internet have been speculating that this is the next logical progression and they were correct. I am disappointed in the lack of inclusion of classic titles like Jurassic Park, Radical Rex, and FilmApe favorite Cool Spot, but overall Nintendo appears to be delivering what the fans want.

What do you think of the SNES Classic? Let me know in the Pit below.