What We Know About Red Dead Redemption 2 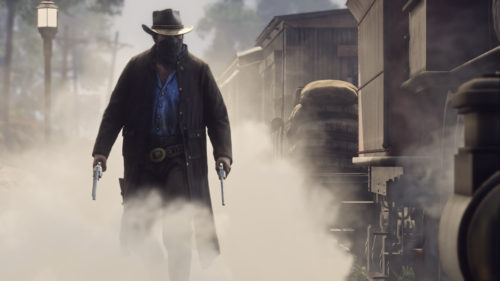 Like it’s predecessor, Rockstar’s upcoming open – world Western will feature a drama filled storyline for players to explore. Rockstar describes Red Dead Redemption 2 as, “the story of outlaw Arthur Morgan and the Van der Linde gang as they rob, fight, and steal their way across the vast and rugged heart of America in order to survive. ” In other words, Red Dead Redemption 2 will be a prequel to events in the first game. Much of the general narrative can be seen in the trailer above, as we witness train robberies, bank robberies, and general Western thuggery.

Red Dead Redemption 2 is slated to release in Spring 2018. There has been no word on whether or not PC will be getting the game alongside consoles, but I wouldn’t hold out much hope. Expect Rockstar to churn the old hype machine as we get closer to the game’s release.

Thoughts on the new Red Dead Redemption 2 trailer? Let me know in The Pit below.