With the Spring Blossom Event coming to a close, Capcom has announced a bit of a surprise for players to close off the event. On April 19th, a new monster called Kulve Taroth is coming to Monster Hunter World. News of these announce came on the official Monster Hunter World website. So what exactly do monster hunters have in store for them come April 19? Let’s take a look. 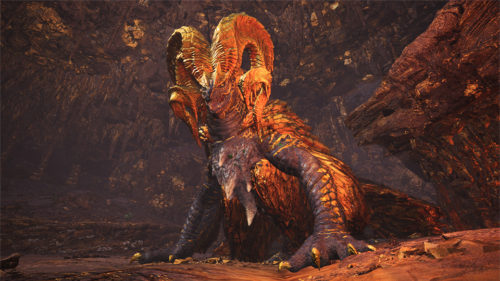 To start this new update is all about a new monster called Kulve Taroth. Kulve Taroth is described as “An elder dragon that protects itself with a glittering coat of metal. Its ecology and coat differ with each sighting, thus requiring more thorough investigation.” As you can see from the picture, this new monster looks pretty good from a design perspective. 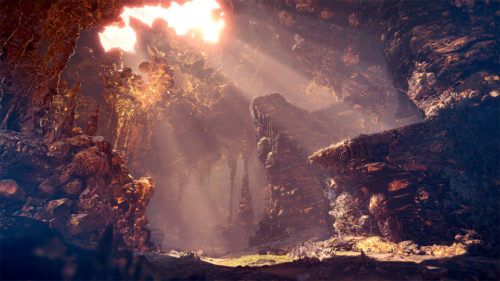 Since Kulve Taroth like metals, it’s only right that the monster gets its own crazy area. This new area is called The Caverns of El Dorado and it looks pretty sweet. Capcom describes this new local as being a “peculiar network of caverns” which have been shaped and influenced by the Everstream. Within the area, it is rumored that Kulve Taroth nests deep within the area where there is tremendous emanating geothermal energy.

With a new monster comes new armor sets and Kulve Taroth is no different. Upon defeating Kulve Taroth, players will be able to craft a couple of sets of Human armor, and a new Palico armor set. Looking at the sets above, what do you think of their design?

This new update will go live on April 18th @ 5PM PT on both Xbox One and PlayStation 4.

Excited that new monster Kulve Taroth is coming to Monster Hunter World? Let me hear it in The Pit below.