I jumped on to GMG today and noticed they are doing mystery bundles. Seeing as I have little to no self control I popped on a Mystery Bundle – 5 Pack. So we are going to go on an adventure through what I got. 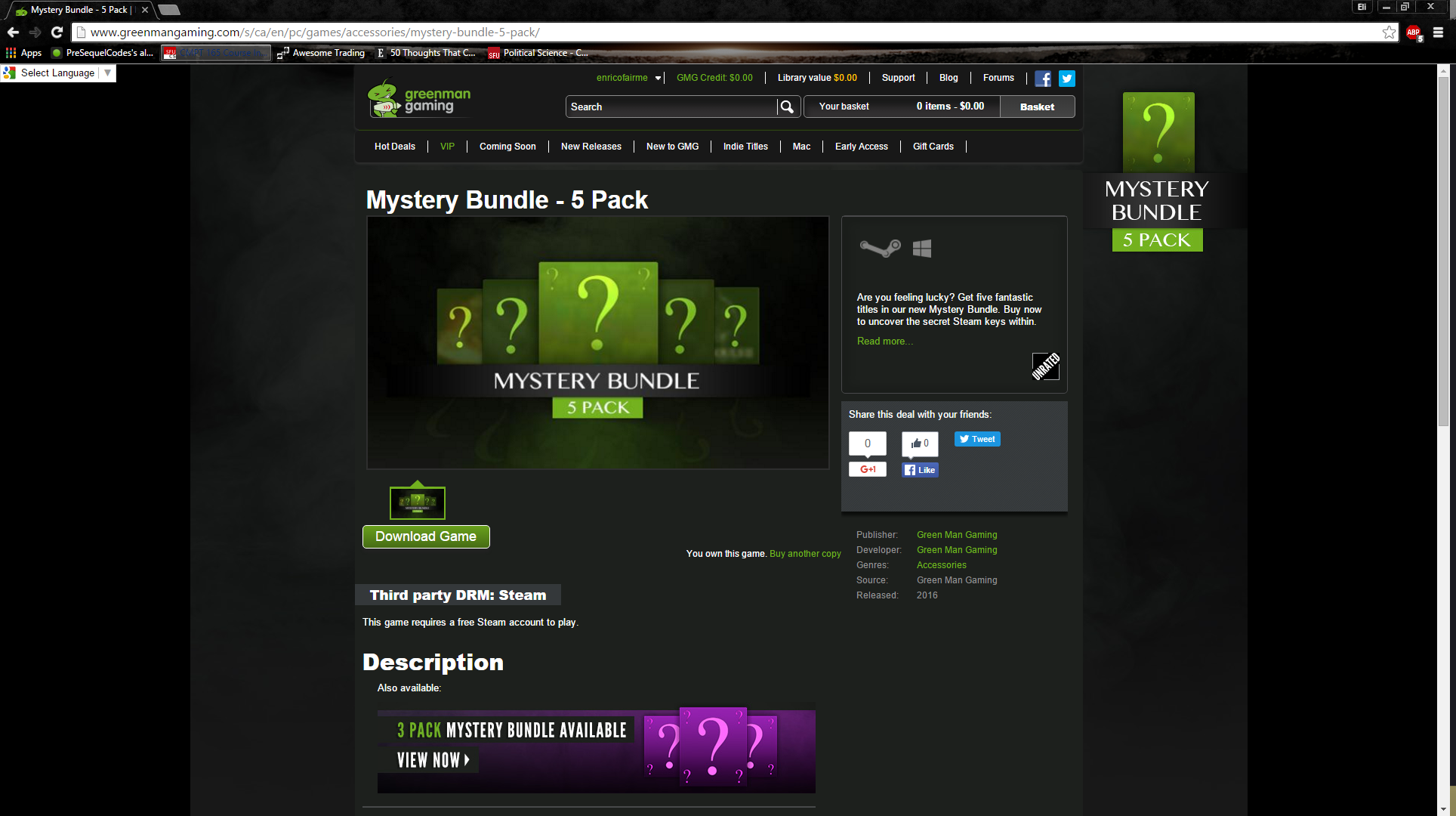 Bridge Constructor: So the first code I got was for this game. I know very little about it. It involves constructing bridges. From what I gathered from the steam store trailer, you are given a budget and must build a bridge spanning across various gaps. The bridges are put to the test when traffic attempts to use your bridge to cross. Not really my style of game. Price of this game on Steam is = $10.99 CAD

That’s ME building a bridge

Skara – Starter Pack: The second code I received was DLC content for a free to play MMO called Skara – The Blade Remains. What I managed to gather is it is an indie developed game utilizing UE4. It appears to be a early access game. MMOs like this, hold little to no appeal to me so this is kind of a wash. I cant find price of this DLC on Steam. GMG lists it at $9.99, and describes it as containing “…access to the game and $9,99 in virtual currency when the store goes live, plus a limited-edition avatar (Silver), weapon and shield.”

Return Null – Episode 1: The third code of the bundle was for a point and click adventure game. The code gives me access to episode 1 out of the two episodes available. Has a cartoony vibe to it and is based in a distant dystopian society. At this point I am realizing that the bundle appears to have nothing of interest for me in it. Steam price = $2.19 CAD

Zack Zero: The game seems to be some type of 2D/3D platformer hybrid. Of all the games so far this one peaks my interest the most. The screenshots have a colorful look to them.The gameplay itself is something I would checkout as I do enjoy playing the occasional run and jump platformer from time to time. Steam price = $10.99 CAD

Back to the future font!

Battlepaths: The last game, is probably the one I will play the most of all the games I received. Battlepaths is a cartoony RPG, which has looting and character skills. These are all things I like in games currently. The game did come out in 2012, however which has me less excited then when I first saw the game. Steam price = $5.99 CAD

Verdict on the Mystery Bundle from Greenman Gaming

Overall I would say that I didn’t really bolster my Steam library at all with this purchase. That’s the problem with random bundles like this. There is no idea what you will get. The experience reminded me of those multipack DVDs. Often they were cheap, but to get at the gold like Broken Arrow, you needed to concede to having Big Momma’s House 1 – 5 on the disc as well. So there it is, the adventure is done. We failed to throw the ring into Mount Doom and Gandalf is now Gandalf the Dead.