Home » Opinion » My Top 8 Pokemon in Pokemon Sun and Moon

My Top 8 Pokemon in Pokemon Sun and Moon

Having completed my playthrough of Pokemon Moon and the endgame, I decided to put together my top 8 Pokemon list for Pokemon Sun and Moon. Now before we dive into this list, note that this is a subjective list. Will this list help you dominate in competitive? Probably not. However my criteria is basically Pokemon I like the look of, find the lore interesting or generally had fun playing with. So let’s get started. 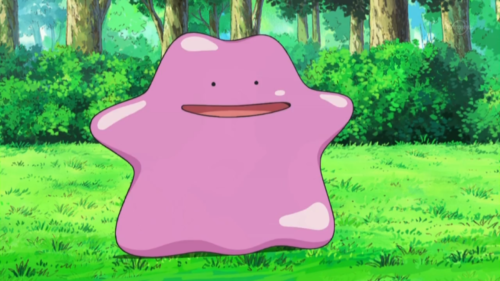 The only real way I can describe Ditto’s inclusion on this list, is utility. Since the original Pokemon generation, Ditto has been kind of useless for Pokemon battles, but posses an insane use in breeding. Once you have a Ditto, you can basically keep it at the breeder indefinitely and cycle in the Pokemon you want. Breeding plays a critical role in acquiring strong versions of Pokemon and Ditto makes this process a million times easier putting it 8th on my list. 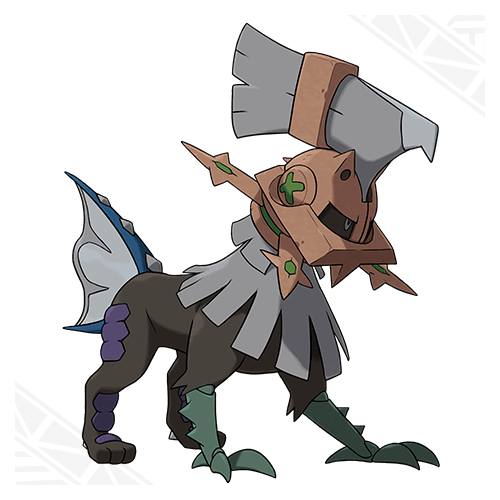 One of the new Pokemon in Pokemon Sun and Moon is Type: Null. Type: Null is a beast statistically, but this was not the reason I chose it for my list. Instead I really like the design and lore behind Type: Null. Created as sort of a frankenstein like project, “This Pokémon wearing a mask has been dubbed “Null,” meaning nothing. In order to face off against mythical beasts, scientists required something that had pieces of all types of Pokemon. Thus, Null was created. The sad, piecemeal Null is number 7 on my list. 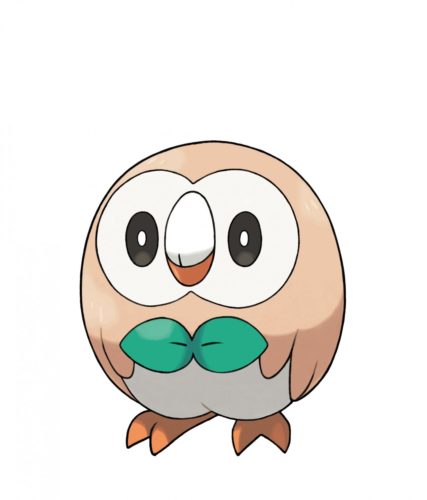 Taking the 6th spot on my top 8 Pokemon list, is starter Rowlet. Rowlet was the starter I chose for a two reasons. The first is the Pokemon’s design. Rowlett looks like an Owl wearing a bowtie. For some reason I really like Rowlet’s design, so much so, I took it based on looks alone.

The second reason I like Rowlet is that it is flying/grass type and can also learn the move false swipe. The flying, grass type combo feels pretty powerful throughout the game. Much of the time I would rely singlehandedly on Rowlet to pull out fights and I wasn’t disappointed. Being able to learn False Swipe is another benefit, as the move cannot kill Pokemon, so Rowlet is my go to for catching wild Pokemon. 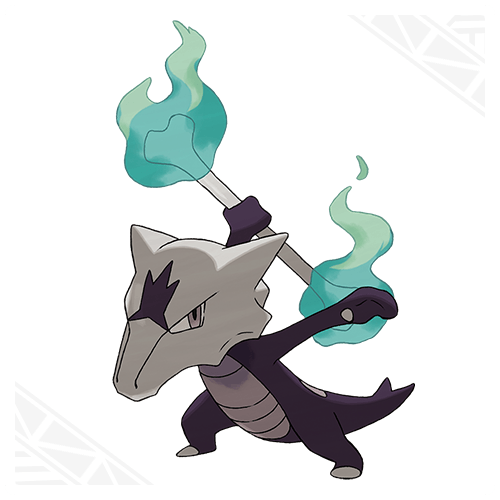 Pokemon Sun and Moon introduces a new type of Pokemon variation called the Alolan version. Basically the Alolan version of Pokemon are redesigned Pokemon from previous generations. The reason for this is that the Alola region is harsher, so Pokemon must adapt, changing how they normally look. With that aside, one of my favorite Alolan forms has to be Marowak. The evolutionary form of Cubone gets a redesign which looks really nice. The Alolan Marowak, lights the end of its trademark bone club on fire, giving it a green flame aura. I really like this design, so much so that Alolan Marowak takes 5th place on my list.