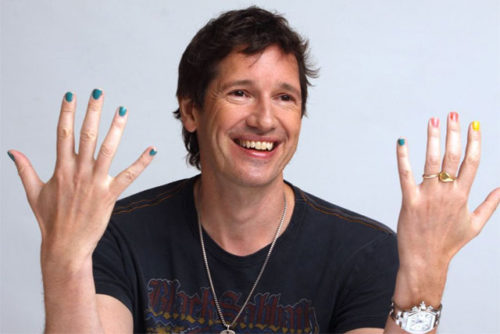 When they want you to make yet another video game movie adaptation.

Before we dive into my review, there is something you need to do. In order to be in the right mindset for this review, you need to take 3 minutes and 24 seconds to listen to the Mortal Kombat theme. DO THIS NOW! I can wait. After you’ve thoroughly enjoyed peak 90’s, return here and continue reading.

The Mortal Kombat movie hits you hard right out the gate. Not only do we get an intense opening theme, we also get instant action atop an ancient temple. I can only imagine that at the time this film was released, fans of the game were already nutting at this point. Follow up the action with the lead baddie pointing directly at the camera and I’m already more invested than my entire experience with the Doom movie. 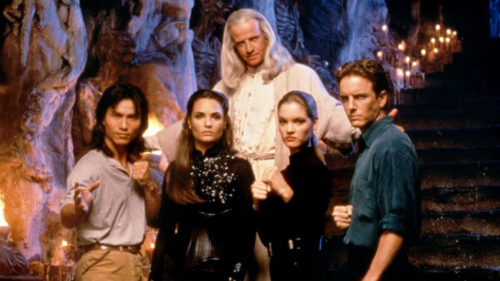 Raiden and the gang.

After that tremendous opening, we are introduced to the main characters of the Mortal Kombat movie. There’s Lui Kang the Shaolin Monk who is seeking revenge for a dead brother. Johnny Cage the action movie star who’s also a world renowned martial artist. Sonya Blade the federal agent who is chasing Kano, and Lord Raiden, the wise old god of thunder. Due to these different motivators, all three characters end up heading to the Outerworld, the site of an inter-dimensional fighting tournament. It’s in the Outerworld that the Mortal Kombat movie really gets things rolling. 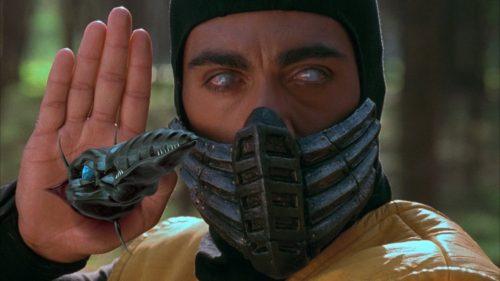 In the Outerworld, the tournament known as “Mortal Kombat” is held. By fighting in the tournament, the film’s protagonists hope to keep Earth from being invaded by the movie’s villainous Shang Tsung. All three fighters being Earth dwellers, are tasked with fighting in the tournament to determine the “fate of billions“. Obviously as the film is based on the Mortal Kombat game, we get to see a bunch of other Mortal Kombat characters. Fan favorites like Scorpion, Sub-Zero, Goro, Reptile and many others make brief appearances in the film and are a good remind of how flat most video game characters are.

Once Mortal Kombat makes it to the Outerworld, fans get to watch as their favorite characters from the series face off in ridiculous fight sequences. One sequence I especially enjoyed watching was Johnny Cage and Scorpion, who go from fighting in a forest, to fighting in a weird dome with skeletons in it. This particular fight culminates in Johnny Cage lighting some type of shield on fire, slashing Scorpion with it and then watching as Scorpion blows up. Just some really stellar film work here. There is also another fight sequence between Kitana and Lui Kang which is a touch on the sensual side and definitely had a pant tightening effect.

The over the top action, coupled with the especially bad acting, makes Mortal Kombat fun to watch. I often wonder how serious a film like this is during the creation stage. Like as an actor it must be strange to play Sub – Zero. Anyways, Mortal Kombat jams in action scene after action scene until ultimately culminating in a showdown between Lui Kang and Shang Tsung. All the humans accomplish what they need to in the Outerworld and live happily ever after (see below)?

So far my experience with video game movies has been pretty terrible. Of all the films if watched up to this point, I had the most fun with Mortal Kombat.  The action, acting, writing, design, characters and story are just really bad. Not in like a ‘bad’ way, in more of like a this is bad but fun way. To be honest, if you haven’t gotten around to watching the Mortal Kombat movie, you aren’t missing out that much. At least when you’re having a bad day, just remember that the Mortal Kombat movie made $122 million dollars.

Liked this retro movie review? Read my review of the Doom Movie!