So I’m beginning to see a trend in video game movies. They’re cheap and make money. Take the Max Payne movie for example. According to the films wiki, Max Payne had a budget of 35 Million and made 85.8 Million. Not bad. Not bad at all. Regardless of whether or not the film is a box office success, we only care if it’s good. So far none of the films I’ve watched have been any good, but maybe Max Payne is? Find out in my Max Payne movie review below!

What is Max Payne? 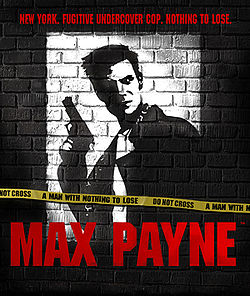 The game that started it all.

Back in 2001, Remedy Entertainment released a third – person shooter called Max Payne. In the game, players take on the role of NYPD Detective Max Payne, who attempts to avenge the murder of his family. Throughout the story, Max Payne travels through New York, takes a ton of drugs and sometimes enters dreamlike worlds. 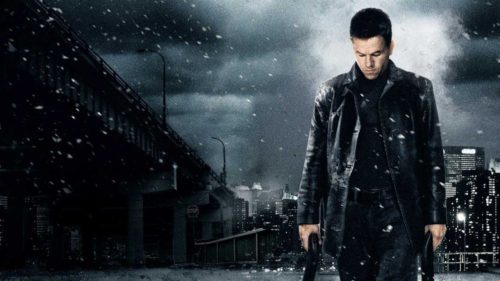 The first Max Payne video game was met with critical and commercial success and went on to spawn multiple sequels. Max Payne was so successful that they apparently decided to make a movie adaption of the game. The film adaptation was directed by John Moore and actually features some talent. Playing the lead role of Max Payne is Mark Wahlberg while other stars like Mila Kunis, Beau Bridges and Ludacris also have roles in the film.

The Max Payne film opens with Marky Mark drowning in a river while also reliving the night his wife and child were murdered. We then jump back one week earlier to when Max was an active NYPD Detective. Active is a bit of a stretch as he’s mainly a desk jockey who is in charge of ‘filing’. Here we learn that Max is an outcast on the force due to the death of his family. We then jump to Max in the subway where he takes on a group of thugs including one that looks suspiciously like Macaulay Culkin.

Take drugs and be ripped?

After the subway sequence, Max goes to a wild party where he meets Mona (Mila Kunis) and Natasha (Olga Kurylenko). Turns out that both of them are Russian and very attractive. At the party we learn that Mona and Natasha are sisters. Queue lesbian sequence not featuring the sisters, where Max awkwardly watches through a door and then stares down Jack (Amaury Nolasco) in what is one of the films better sequences (it’s awkwardly funny).

Max takes Natasha back to his pad and then throws her out when she wants him to call her by his dead wife’s name while they bang. Natasha leaves and we get a sequence where Natasha runs from what she believes to be these weird demon looking things (drugs are bad kids). Turns out this blue drug in the Max Payne movieverse makes the user see weird demons. Anyways, Natasha is killed and all signs point to Max.

Fast forward through some boring stuff, and Max and Mona team up to solve the murder of Natasha. What follows is a really long and boring hour and fifteen minutes of film. Thankfully, the films ends after revealing that the drug was developed for military purposes and Max Payne kills everyone.

The Max Payne movie is garbage.

My experience with the Max Payne film was similar to my experience with Doom. Boring. When a movie has me staring at my watch it’s a bad film. Some problems I had with the Max Payne movie include: too long, the acting (really bad), the visual look of the film (looks like Constantine), the soundtrack, how brutal the action is, the story, how sweaty Jack is, this!, and the fact the film takes itself way too serious. The only part I enjoyed was the lesbian sequence… And I really enjoyed that. Do yourself a favor and skip the trash film that is Max Payne. Instead, play Max Payne 3 which is the greatest of all Max Payne experiences. This watch definitely has me excited to watch the sequel…

*Sidenote: I crushed a few Double Chocolate Klondike Bars while watching this out of sheer boredom. They were really good.