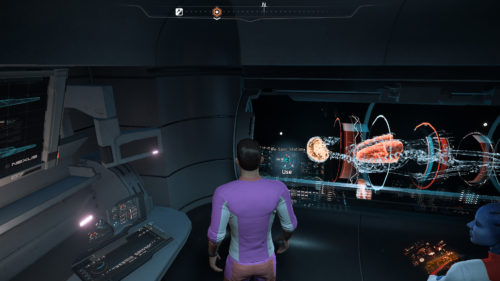 Not happy with how your Ryder is shaping out? Maybe you spent points in biotics when you wanted to spend them in combat, and now want to change. Good news! There is a respec station in the Tempest’s med bay which allows you to do just that. With this ability, it makes it much more intriguing to try out different builds or play styles. Get out there and experiment! 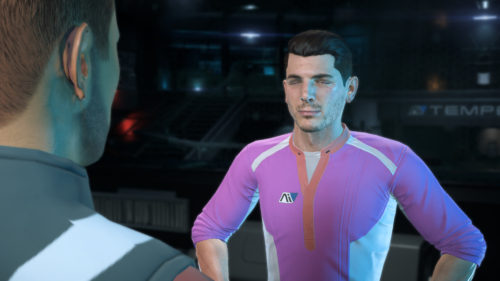 Another staple of the series many of you are probably familiar with is the ability to set casual outfits as well as color your armor. This feature is back and can be accessed (like other games) in the Pathfinder’s quarters. Simply access the terminal and pimp out your character. Nothing like saving the galaxy and looking swag while doing it. 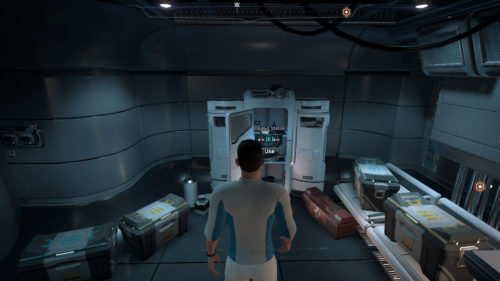 Like other Mass Effects, you are able to create your loadout from within the Tempest. To do so, access the locker pictured above. In the loadout selector, you are able to equip weapons as well as individual pieces of armor. The Loadout Locker is located in the room on the right when leaving the Tempest’s Bridge (place with galaxy map). 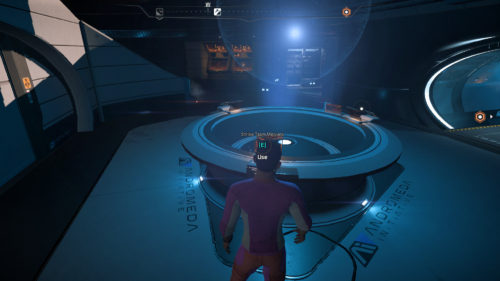 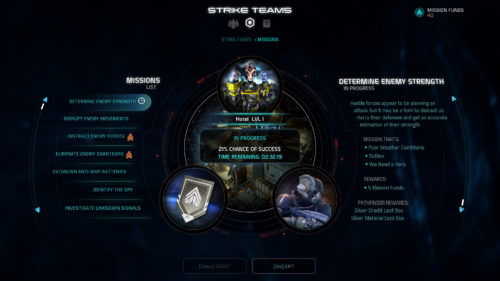 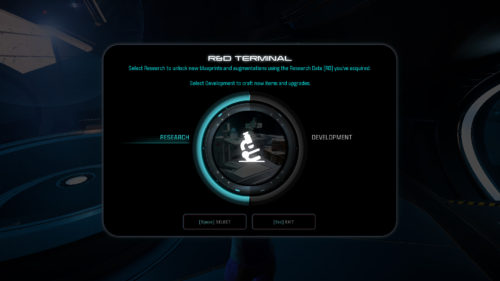 In previous Mass Effect games, weapons and armor was either found or purchased. Mass Effect Andromeda has opted to introduce a crafting system to the game. Research unlocks blueprints via points collected on planets, while Development crafts the blueprints you unlock by using resources you gather. R & D is located beside the Strike Missions terminal. 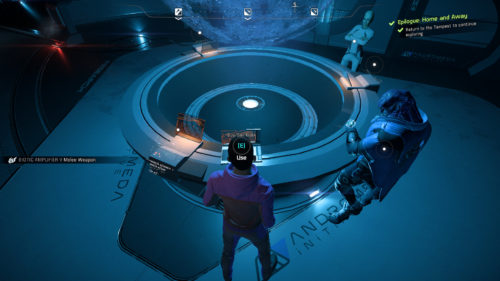 The Tempest features an on board merchant terminal similar to the Normandy. Here you can buy and sell gear you collect throughout your travels. The terminal is located next to the R&D computer. 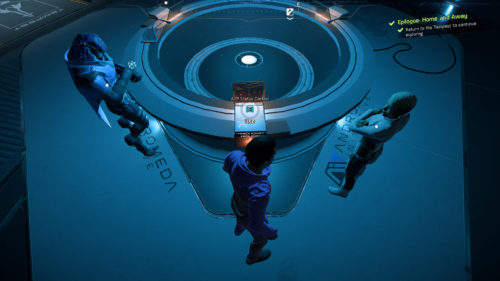 Andromeda Viable Points are unlocked after you colonize Eos. Basically these points are earned as you increase viability. With these points, you can then choose certain timed bonuses. For example, a point in the commerce tree makes it so you gain passive credits every 40 minutes or so. This terminal is located across from the R&D terminal.