Mass Effect Andromeda is slated to release on March 21, so like any good developer, Bioware is showing off some of the games new systems. The newest trailer from Bioware covers combat more indepth than anything we have seen previously. Like other games in the series, it appears Andromeda will bring a lot of the classic Mass Effect combat players have grown to enjoy. Below are a few things I picked out regarding Mass Effect Andromeda combat. 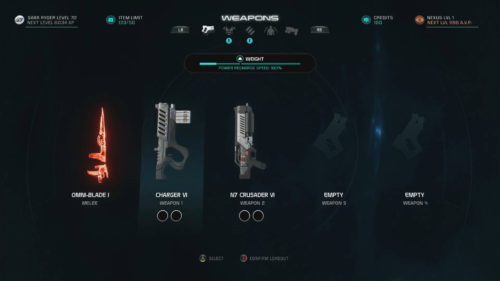 The arsenal to play with

In Mass Effect Andromeda there are 4 categories of guns: pistols, shotguns, sniper and assault rifles. There will also be a range of melee combat weapons including what appears to be Asari swords (Space Ninja style) as well as Krogan hammers. All guns are available to all classes of character, meaning no class restricted weapons. 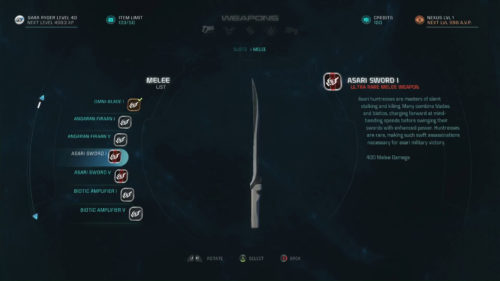 Guns and gear fall into 3 technology types: Milky Way (physical projectile weapons), Remnant (beam weapons) and Heleus (plasma – based weapons). All three classes of weapons present pros and cons for use and will be more/less effective against certain enemies.

Skills will not be class based, meaning you can build your character how you want. Andromeda breaks skills down into 3 types: Combat, Tech and Biotics. Each skill type presents a different way to approach combat and deal with enemies. 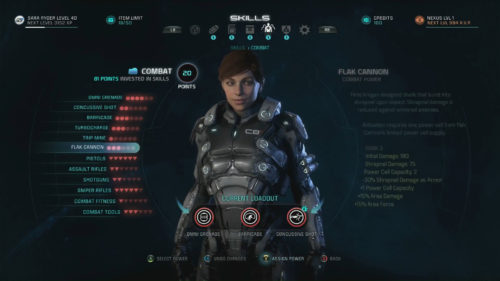 Combat skills are geared towards combat and all things surrounding it. The skills within this tree focus on areas like weapons, gear and efficiency during combat. Some skills you can unlock include improved weapon damage and accuracy, grenades, trip mines, flak cannons and more. 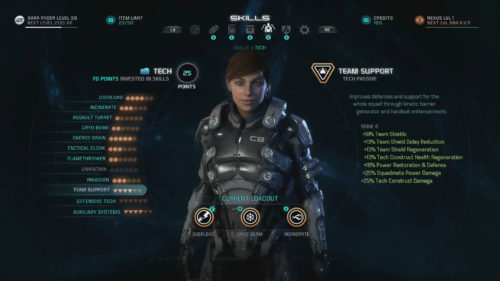 Tech skills are geared towards a more technological rather than brute force approach to combat. Leveling in Tech skills will allow players to use experimental weaponry, as well as more ‘spell’ type abilities. Examples of Tech skills shown in the trailer included Cryo Beam, Flamethrower, Invasion and Energy Drain. Players who spec into Tech will also gain access to their very own assault turret which can be deployed when needed in battle. 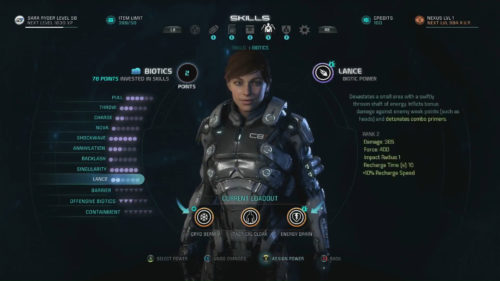 Biotic skills are basically the more traditional Mass Effect skills we have seen in the past. Skills like Pull and Throw allow players to move enemies around the battlefield while also dealing insane damage.

If you don’t want to read any of the above and would rather watch, check out the official trailer from Bioware above. Combat looks to be pretty fun and fluid and the mix of powers seems to provide a nice bit of choices to combat. With that being said, it is only a 5 minute trailers, so who really knows how the game will be. I for one am hoping it is good.

What parts of  Mass Effect Andromeda combat do you like? Dislike? Let me know in The Pit below.