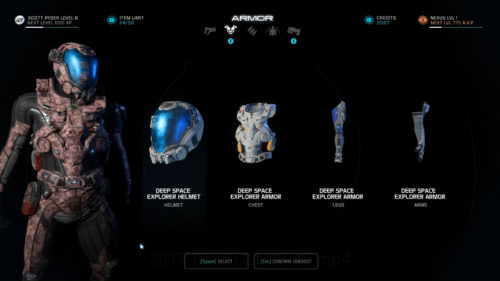 Deep Space Explorer armor is a pre-order bonus set you get from… Preordering. To access this armor, go to the computer beside the Space Ex model in the Pathfinder’s quarters on the Tempest. 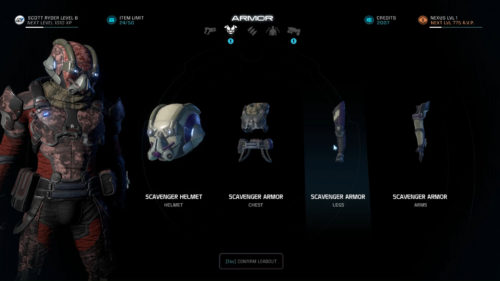 Scavenger Armor is a bonus for buying the deluxe or higher edition of Mass Effect Andromeda. To access this armor, go to the computer beside the Space Ex model in the Pathfinder’s quarters on the Tempest. 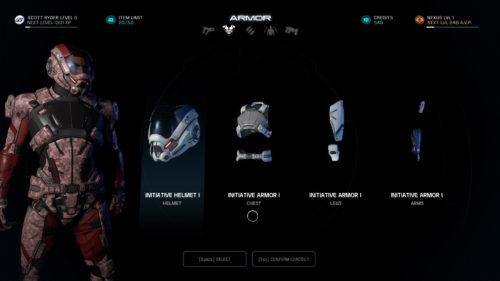 This is the Initiative Armor

Initiative Armor is the starting armor in Mass Effect Andromeda. This armor is pretty plain, and offers no stats boosts of any kind. 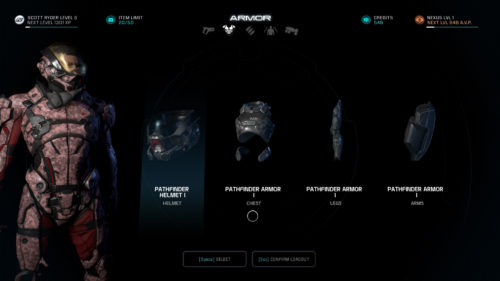 This is the Pathfinder armor

Pathfinder armor is the armor set of the Pathfinder. The Pathfinder set focuses on damage resistance and weapon accuracy. This armor set can be purchased from the armor vendor on the Nexus, or crafted. 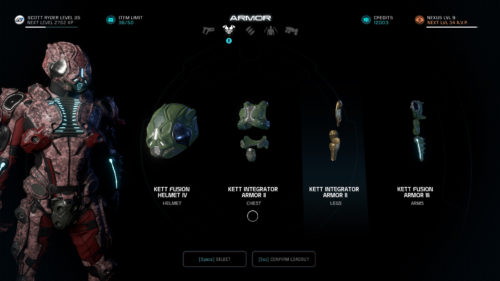 Kett Armor is armor of the Kett race. This armor set is focused mainly on Combat Power and Damage (Soldiers take note).

Angarian armor is the armor set of the Angarian race. This armor set focuses on Tech (Engineers).

Remnant armor is the armor set of the Remnant race. This armor set focuses on survivability and would be good for a tank/melee build.

Maverick armor is not a race specific set, but I am guessing it would be applicable to like a bandit character. This armor set focuses on DPS and would be good for a sniper build. 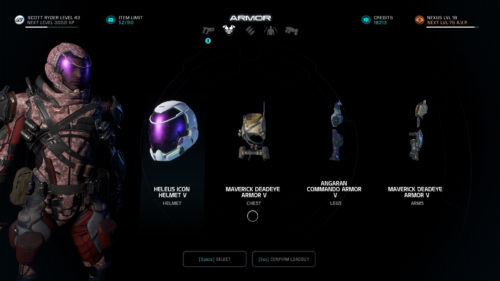 The Heleus Icon Helmet is an Ultra Rare helmet you receive for completing the game. This helmet focuses on both power and weapon damage.

This Mass Effect Andromeda Armor list is being updated