There are a total of 134 champions in Riot’s League of Legends. With so many champions at player’s disposals, often times certain character kits need to be adjusted or changed in order to ensure champion viability. The idea of ‘reworking’ champions is nothing new to the immensely popular MOBA, but often the champions chosen for reworks can be a bit puzzling. The most recent rework announcement is everyone’s favorite spike loving, invisible gale Evelynn. Riot teased the Evelynn Rework rework by releasing some gameplay footage you can watch below.

According to the gameplay footage, Evelynn now possess what appears to be two forms. The first form is Evelynn in her normal champion glory, while the second form sees Evelynn become a shadow with increased mobility. Alongside the shadow form there appears to be a spike ability, an aerial slash, and a charm. 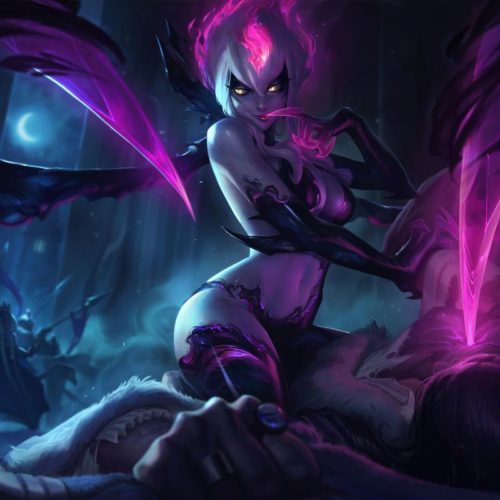 You may have noticed that Evelynn also looks a bit different and this is true. Riot has altered the character’s looks and updated her splash art… Let’s just say it’s getting a bit hot in here.

Evelynn’s rework will be released in the upcoming 7.2 patch which drops sometime this week. If you have access to the Public Test Client, you can try out the changes a few days earlier.

What do you think of the Evelynn rework? Let me know in The Pit below.