Home » Walkthroughs » How to get Gyarados – Magikarp Jump

How to get Gyarados – Magikarp Jump

Magikarp Jump likes to point out how utterly useless Magikarp is as a normal Pokemon. Most people who have played Pokemon will agree with this sentiment. The only really redeeming aspect of Magikarp is that it evolves into Gyarados. Gyarados is a straight up beast. This makes Magikarp somewhat of a sleeping dragon. Anyways, like other Pokemon games, Magikarp Jump allows you to evolve your Magikarp into a Gyarados. Here is how to get Gyarados in Magikarp Jump. 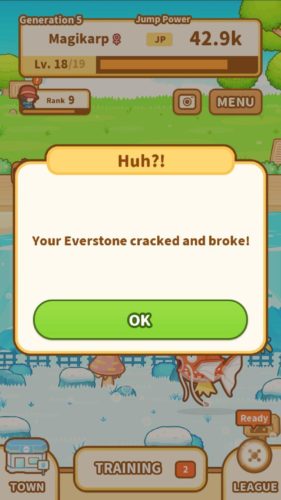 Everstones in Pokemon keep the Pokemon from evolving. In Magikarp Jump, you have an Everstone in your items bag. This Everstone needs to be removed. To do this is pretty straightforward. When your Magikarp is in the pond, continuously tap on it. As a result of this tapping, you will get a notification that tells you the Everstone is broken. Note that the everstone remains broken until you evolve. This perfectly sets up step 2. 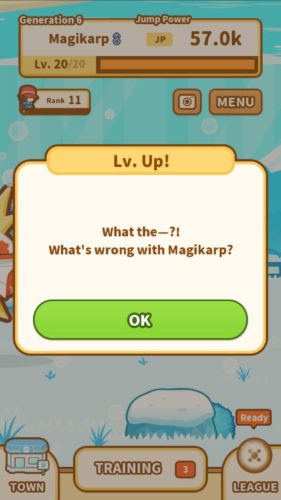 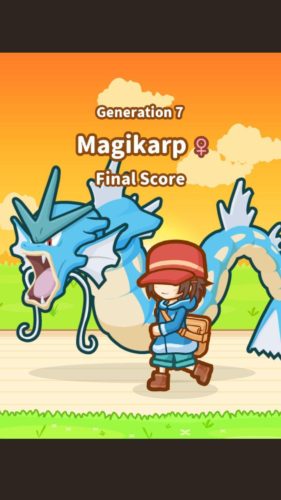 There is a shiny variant of Gyarados you can get. This shiny variant is the red Gyarados. The shiny version is acquired by following the steps above, but with a Gold Pattern Magikarp.

Hopefully this how to get Gyarados guide was helpful to you. Let me know either way in the Pit below!