Home » Walkthroughs » How to Capture Monsters in Monster Hunter World

How to Capture Monsters in Monster Hunter World

Monster Hunter: World lets players go on various hunts across different areas, in search of monsters. While each monster can be slayed, there is also the option of capturing the monster you are hunting. Capturing monsters provides added benefits that simply killing them doesn’t provide. Below I will wake you through how to capture monsters in Monster Hunter World.

1. Stock Up on Supplies 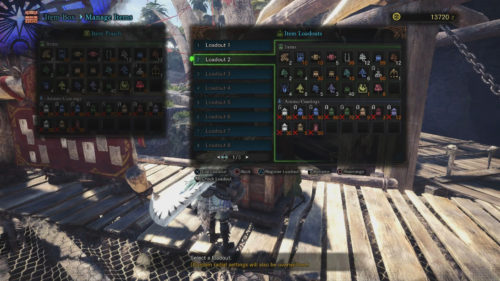 Be sure to have the proper supplies for capturing the monster.

Before heading out to capture a monster, you are gonna want to stock up on supplies. Head to the Item Box and equip both a Trap of some kind and Tranquilizer Bombs. Once equipped, decide which monster you are gonna trap and head out.

2. Hunt the Monster and Weaken It 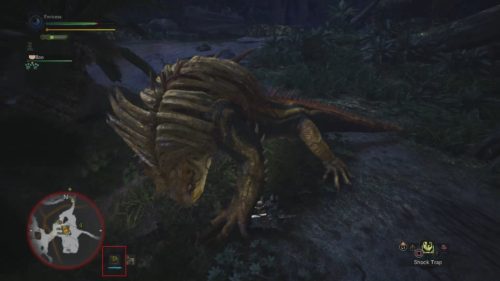 The picture in the lower left is a good indicator of the monster’s current health state.

When in a weakened state, the monster will return to its den. Perfect time to capture it.

Once you have your supplies and are out on the hunt, you are gonna want to weaken the monster you want to capture to a limping state. This state is pretty obvious as the monster will move slower and limp around the map. Besides this visual indication of the monster’s health, you can also look at the little picture of the creature in the lower left of the HUD. Beneath the pic is a heart rate monitor, which you want to have close to flatlining. Be careful that you don’t accidentally kill the monster when it is in its weakened state.

Trap the monster with a trap. 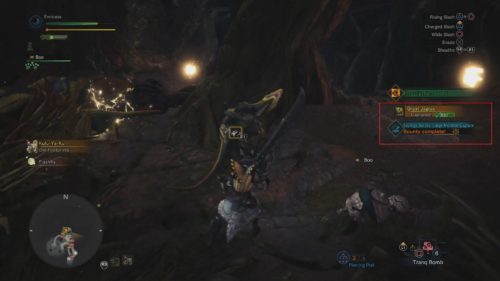 Toss a couple Tranq Bombs on the monster to finish capturing it.

Now that the monster is weakened, you will want to setup your trap. This can be done along the monster’s path, or when it returns to its den to sleep. Waiting for the monster to fall asleep makes it incredibly easy to trap, as you can walk right up to it and setup your trap, but you can place the trap wherever you want. Once the monster is trapped, equip your Tranquilizer Bombs, and toss a couple on it. That’s it. You’ve captured the monster.

(Optional) Return to Astera and Check Out The Monster You Captured 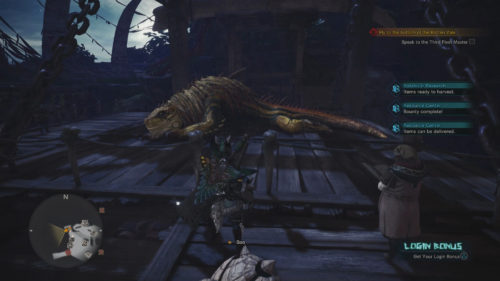 When you capture a monster, it will appear in this holding area in Astera.

Once you’ve caught a monster, you can see it in Astera in the holding area near the Bounty Board. Look at the beast you’ve caught!

Thoughts on this how to capture Monsters in Monster Hunter World  guide? Wish to add something? Drop a comment in The Pit below.