Home » Walkthroughs » How to Access DLC Items in Vampyr

DONTNOD Entertainment’s new vampire rpg, Vampyr is finally upon us. If like me, you preordered Vampyr, you are entitled to a collection of items dubbed “The Hunter’s Heirlooms” pack. Below I will show you how to access DLC items in Vampyr. Let’s get started.

What’s Inside The Hunter’s Heirloom Pack? 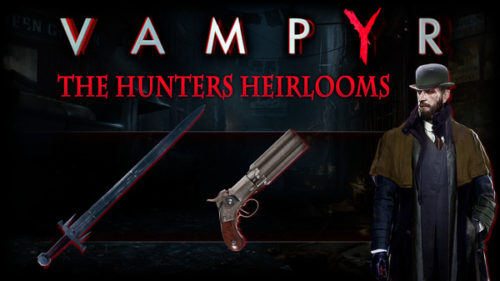 The Hunter’s Heirloom is the first piece of DLC available for Vampyr. This pack is available for those who preordered the game, or can be purchased at a price of $3.79 CAD/$2.93 USD.

So now that we know what’s in The Hunters Heirlooms pack, let’s figure out how to access these DLC items.

How to Access The Hunters Heirlooms DLC Items in Vampyr 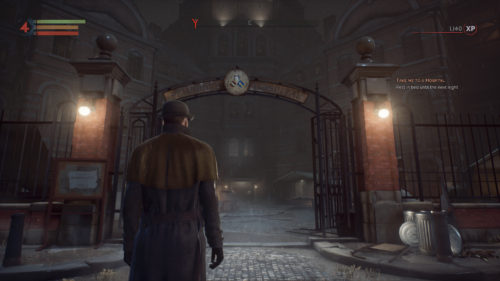 You need to complete the first mission in Vampyr in order to gain access to the Pembrooke Hospital. 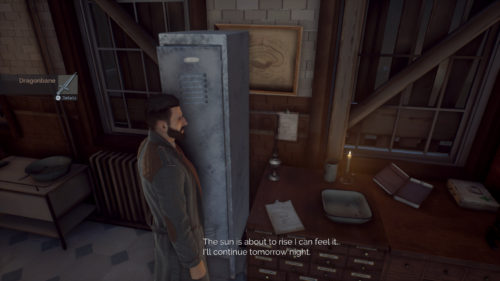 Inside the locker in your office at Pembrooke, you will find your DLC items.

In order to access the Hunters Heirlooms DLC items, you must first complete the main quest mission Eternal Thirst. This is the first mission in Vampyr and it involves hunting down a rogue vampire that is killing people. Once this mission is complete, you will be taken to the Pembrooke Hospital. On the second floor of the hospital is your office. In the office you will find a locker. Interact with the locker to receive all the items from The Hunters Heirlooms. 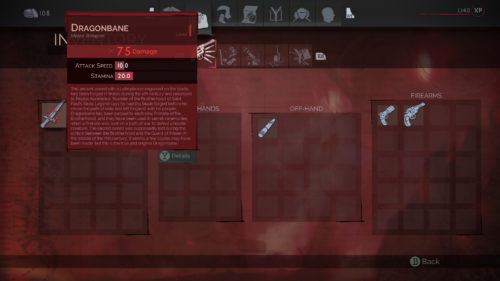 The Dragonbane is a one handed sword you can equip.

Description: “This ancient sword with a Latin phrase engraved on the blade had been forged in Wales during the 6th century and belonged to Paulus Aurelianus, founder of the Brotherhood of Saint Paul’s Stole. Legend says he had this blade forged before he chose the path of exile and left England with his people. Dragonbane has been passed to each new Primate of the Brotherhood, and may have been used in secret ceremonies, when a Primate was sent on a path of war to defeat a hostile creature. The sacred sword was supposedly lost during the schism between the Brotherhood and the Guard of Priwen in the middle of the 19th century. It seems a few copies may have been made, but this is the true and original Dragonbane.” 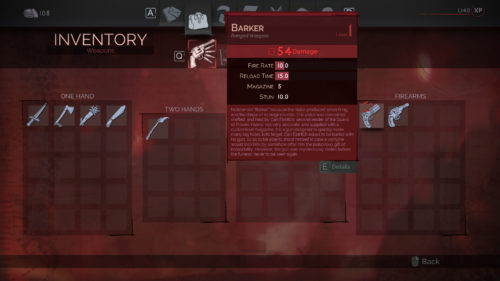 The Barker is a firearm you can equip.

Description: “Nicknamed ‘Barker’ because of the noise produced when firing, and the shape of its large muzzle. This pistol was conceived, crafted, and held by Carl Eldritch, second leader of the Guard of Priwen. Heavy, not very accurate. amd supplied with a customized magazine. It is a gun designed to quickly make many big holes in its target. Carl Eldritch asked to be buried with his gun, so as to be able to shoot himself in case a vampire would trick him by somehow offer (sic) him the poisonous gift of immortality. However, the gun was mysteriously stolen before the funeral, never to be seen again.” 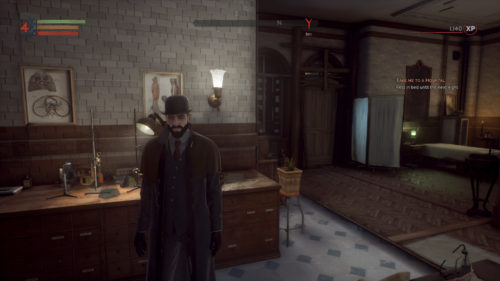 The Dark Physician suit changes the clothing your character is wearing.

There you have it. A quick guide to accessing the preorder DLC in Vampyr. Hope it helped you collect your gear.

Thoughts on this how to access DLC items in Vampyr guide? Let me hear them in The Pit below.