Greedy Guns is a game about guns. Lots of guns. Unlocking new guns in Greedy Guns involves finding the weapons hidden throughout the world; then using coins to unlock them in the shop. Here is our Greedy Guns weapons list, to help you buff up that arsenal. 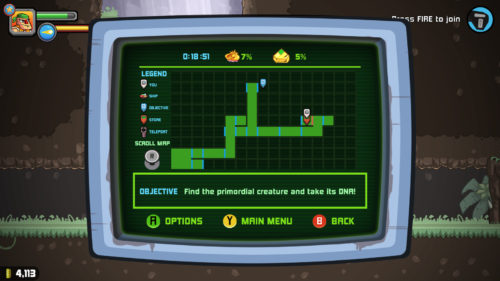 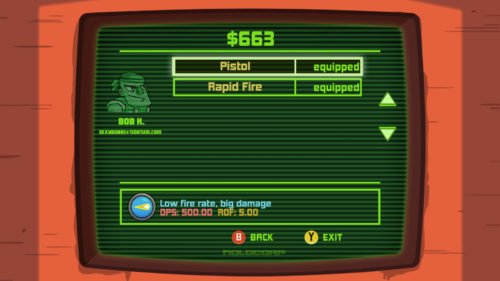 The weapon you start Greedy Guns with is the Starting Pistol. This weapon has a low fire rate, but does decent damage. 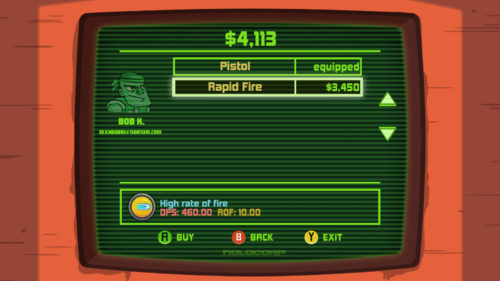 Location: In store (during story)

The second weapon you will get in Greedy Guns, is the Rapid Fire gun. Like the name suggests, this gun has a high rate of fire. 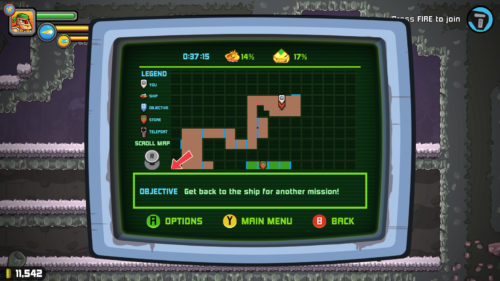 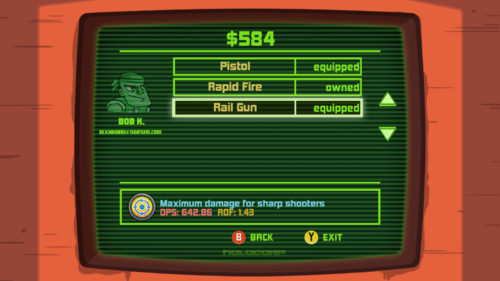 Location: As you play through the story, you will come across the gun (see map).

The Rail Gun shoots a laser beam that does huge damage. It has a slow rate of fire. 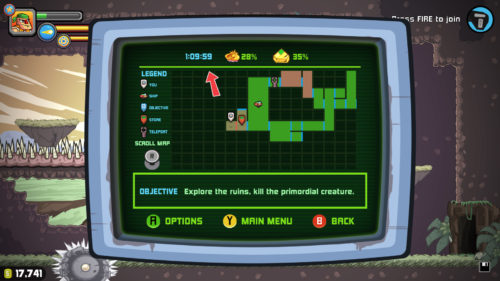 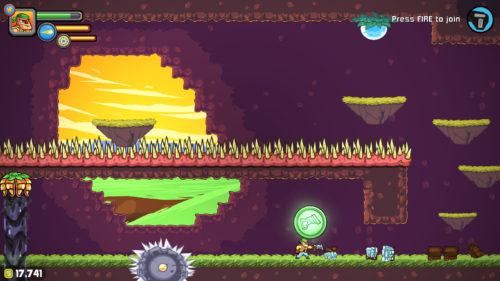 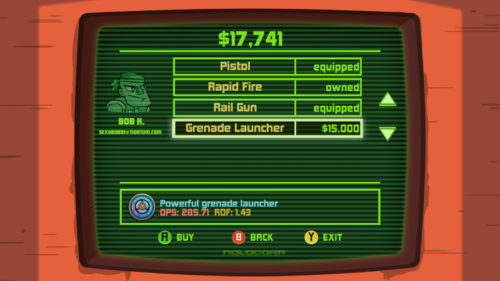 Location: As you play through the story, you will come across the Grenade Launcher (see map). You need to complete a simple platforming sequence to reach the weapon. This weapon needs to be found in order to progress in the story.

The Grenade Launcher shoots grenades. It can be used to blow up certain blocks as well as deal massive damage. This weapon will damage you if you get close to the explosion. 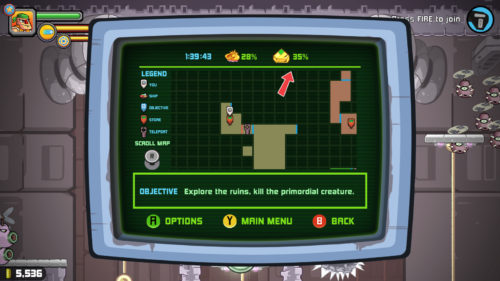 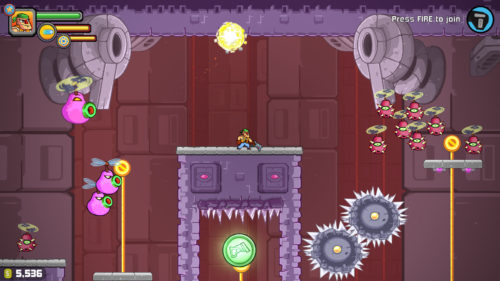 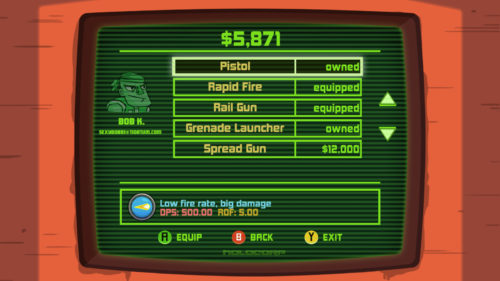 Location: As you play through the story, you will come across the Spread Gun (see map). This weapon is found inside the Temple.

The Spread Gun shoots a spread of bullets. This weapon deals decent damage. 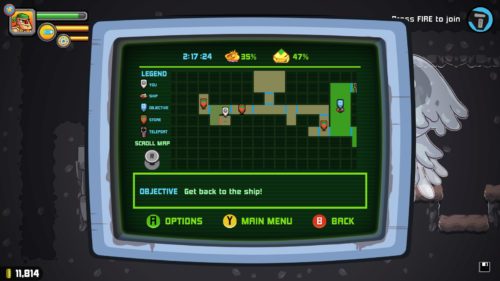 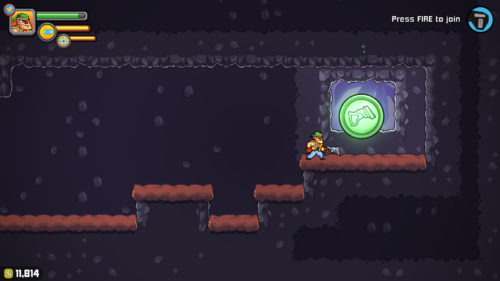 Location: After collecting the Grab ability from the temple, head to this spot on the map. Use the grab to kill the ghost and grab the Rocket Launcher behind it.

Like the Grenade Launcher, the Rocket Launcher deals a ton of damage. 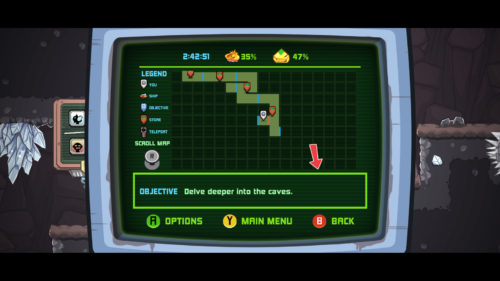 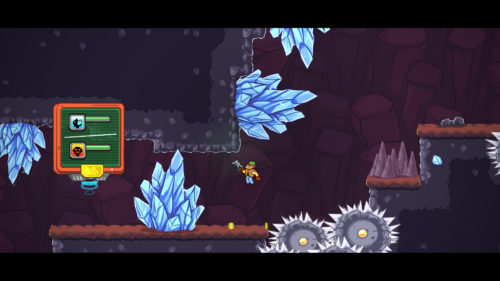 Location: Progress through the story to find the Bounce Blaster. This gun is necessary to move forward in the game.

The Bounce Blaster shoots rapid fire, but the bullets bounce. This weapon is used to solve some of the puzzles late game. 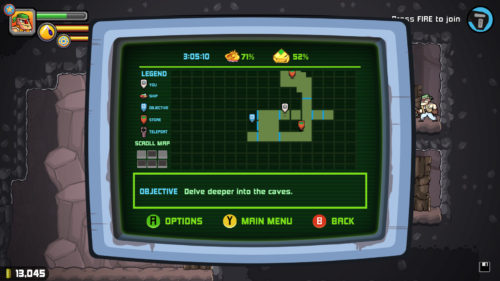 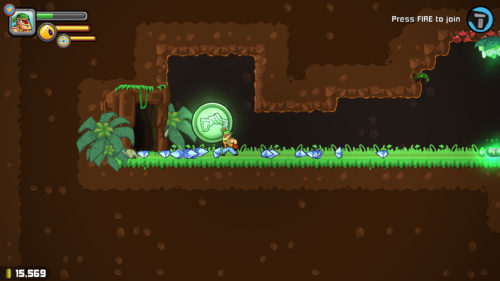 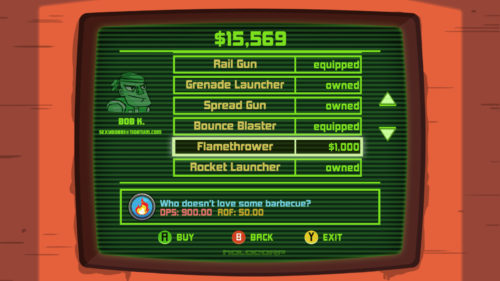 Location: Once you have the shield, head to this location in The Swamp. Use the shield on the crystal blocking the path and grab the flamethrower.

The Flamethrower shoots a flame at enemies. It does decent damage. 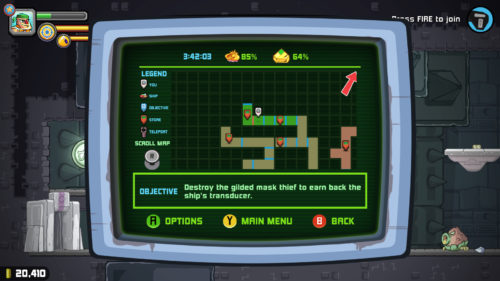 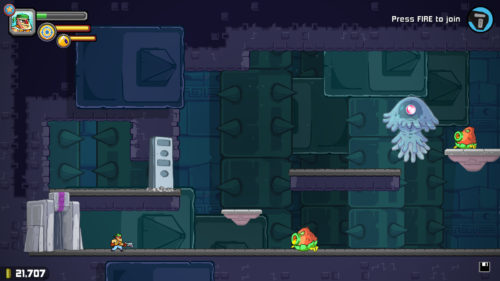 Location: As you make your way towards the end of the game. You will come across the Laser Gun.

The Laser Gun is crazy powerful as it constantly fires. 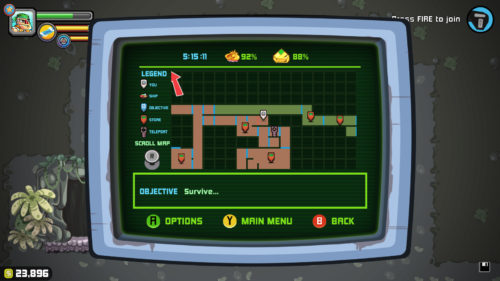 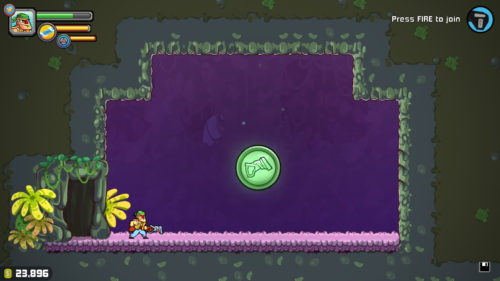 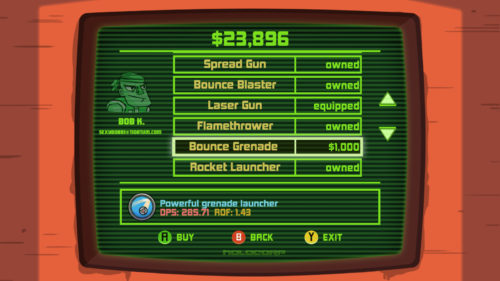 Location: Use the grenade to blow up the block in this room. Head through the room to get the Bounce Grenade.

This weapon is exactly like the Grenade Launcher but the grenades bounce.