God of War, the long running series for PlayStation 4, received both a release date, as well as a look at all the preorder bonuses available in a PlayStation Blog post today. To save you time, I’ve thrown together this quick look at the various God of War preorder bonuses.

The three skin shields you will receive for preordering any God of War editions. Image via Sony.

Preordering any of the God of War game editions will net you the reward of three legendary skin shields”for Kratos to bash and defend against all manner of creatures we created in the brutal Norse wilds.”

Bonus Talisman for preordering at EB Games or GameStop. Image via Sony.

If you preorder any God of War edition from either Gamestop or EB Games, you will also receive Luck of Ages XP Talisman which improves the wearer’s luck, providing these benefits:

God of War features a number of editions for purchase. Each edition features its own set of items and bonuses. Check the available editions below.

The Digital Deluxe Edition is available for those of you who enjoy digital copies. This edition features a number of bonus items: 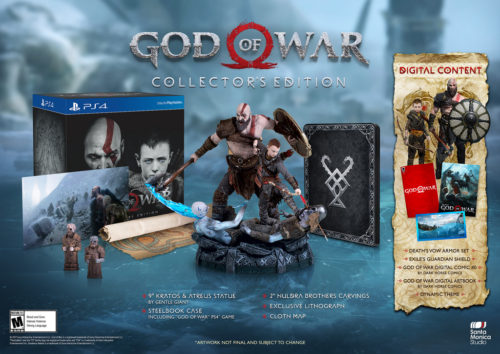 If you want something more physical, the Collector’s Edition may peak your interest. This edition features a number of physical goods for you to display your God of War fandom: 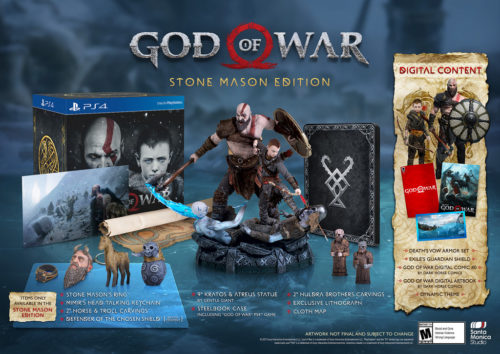 Which of the God of War preorder bonuses intrigue you? Let me know in The Pit below.