I am a fan of trolling. More specifically trolling my friends. Back when FNaF 1 came out, I purchased it as a joke gift for a friend of mine who hates horror games. When he received the game, he put it on the back burner leaving me to lament about his lack of gratitude for the gift I purchased for him. This would cue the creation of a change.org petition, which  essentially meant that at 5 signatures, the friend would have to play FNaF and stream it. Needless to say the petition was a success. The stream itself was glorious. Hearing the fear in his voice was well worth the price of the game. Fast forward about a year and a half and the joke is still running. I’ve bought this friend  every FNaF at launch. So imagine my surprise when I logged on to Steam on 21 Jan, 2016 to find that there was a new FNaF. FNaF World is an rpg, placing players on the side of the animatronics. This new style of game is a definite departure from the typical ‘jump scare’ horror gameplay of the FNaF series. Having been out for a few days now, the game is receiving a bit of criticism. FNaF World has been accused of being a rush job by some, which prompted a response from the games creator Scott Cawthon. Regardless of the criticism, my troll must go on so I ended up purchasing and gifting the game. You’re welcome Thoko, hope you play this one. 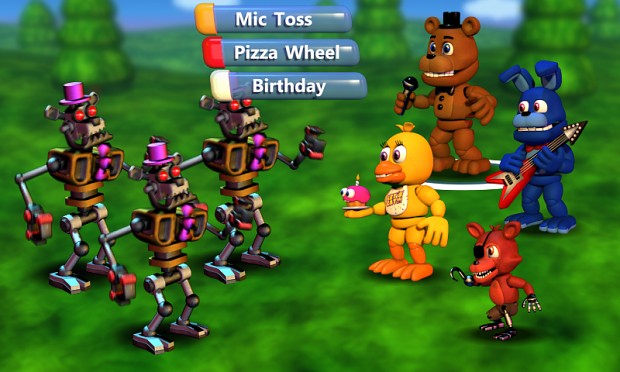 In a strange turn of events, FNaF World has been pulled from Steam. Refunds are being offered regardless of time put into the game. Scott wrote a post over on Steam about the situation. Apparently FNaF World will be polished further and released free on Game Jolt in the future.

What do you think of FNaF world? Is the criticism against Scott valid? What running gaming jokes do you share with your friends? Any games you buy them just because? Let me know in the comment section below.