Remember last year when Pokemon Go was the talk of the town? Well since then, Pokemon Go has kind of fallen of the map in terms of hype. Some of this collapse in popularity was do in large part to Niantic’s slow pace at updating the game. Today, fans of Pokemon Go are finally getting an update that adds new things to the game. Let’s looks at Pokemon Go’s first substantial content update below. 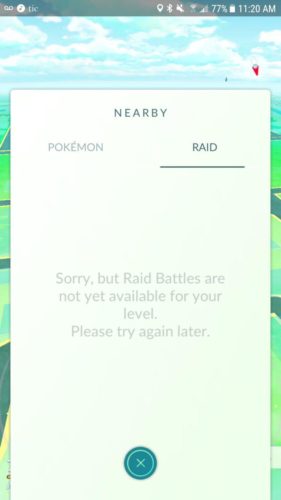 – Added in – app and push notifications system for Gyms

– Added Raids tab to Nearby Screen

Overall there is a healthy chunk of content to be found inside the newest Pokemon Go update. I do wonder if this is sort of to little too late though, as someone who played and got bored, this update does nothing to motivate me back into Pokemon Go. Given the immense time between updates, it feels like Niantic has dropped the (poke) ball a bit over how they’ve handled game updates. Regardless, whether you play Pokemon Go or not, there is a new update out that adds some new features. Enjoy!

What do you think of Pokemon Go’s first substantial content update? Will it get you back to playing? Let me know in the Pit below.