Another June, another E3 conference to cover. First to present of the big three is Microsoft, who are looking to make a splash with their Xbox One exclusives. Below is a complete list of everything announced at the Microsoft Xbox E3 2018 conference. 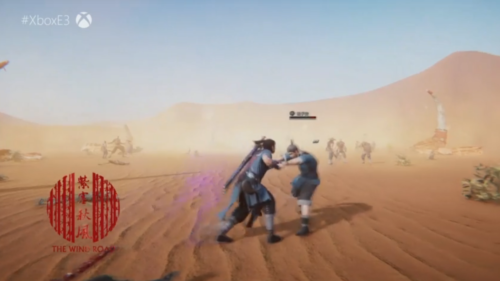 The Wind Road is one title shown during the Game Pass montage.

Overall a fairly solid outing from Microsoft. As Phil Spencer pointed out, this E3 was the largest and most diverse of E3 presentations that they’ve been a part of. Ending the show with the trailer for Cyberpunk 2077  was a really nice touch. Easily for me, the titles I got most hyped about were the reveals of Sekiro, Cyberpunk 2077, and Cuphead DLC. See you later tonight for the Bethesda conference.

Thoughts on this year’s Microsoft Xbox E3 2018 conference? Let me hear them in The Pit below.