Everything Announced at Bethesda E3 2018 Conference

With Microsoft out of the way, Bethesda is next on the docket to hold their “BE3” event, which is basically where they show off new games and a ton of Skyrim ports. To keep you in the loop with everything shown, I’ve put together this everything announced at Bethesda E3 2018 conference list. Let’s get started. 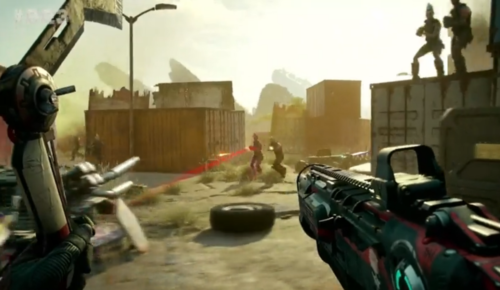 Rage 2 screenshot from the Bethesda conference.

Pretty underwhelming show out of Bethesda. Nothing really stood out besides them confirming that they are working on games that will be coming in the future. Let me know what stood out to you in the comments. See you tomorrow for Sony.

Thoughts on everything announced at Bethesda E3 2018 conference? Let me hear them in The Pit below.