Dynasty Warriors is a long running series that has been pumping out titles since way back in 1997. The newest addition to the series, Dynasty Warriors 9, is scheduled to release on February 13, 2018 for PlayStation 4, Xbox One, and PC. If you are considering picking the game up, check out what Dynasty Warriors 9 preorder bonuses are available below. 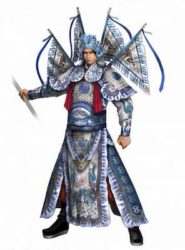 There is no special edition available for the English release of Dynasty Warriors 9.

Thoughts on the Dynasty Warriors 9 preorder bonus? Let me know in The Pit below.