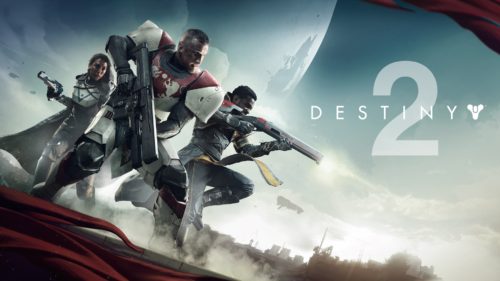 Two weeks. Only two weeks left and you can finally sink your PC teeth into the Destiny 2 beta. As the second installment to one of the best-selling IP Bungie titles, this game is sure to make a splash. The numbers speak for themselves when looking into the popularity of the series. The first game as of June 2017 has sold almost 5.7 million copies and grossed more than $500 million.

But who cares if the first did well, we want to know how the new blockbuster will play. My hope is that at the very least it won’t be as buggy as PUBG. Based on some comments made by some of the big wigs of the Destiny 2 project I wouldn’t expect perfection. More than once on the official site there is emphasis on the fact that this is beta, that it is a test and that it hasn’t been built for PC before.

Bungie has opted to provide both a closed and open beta for those who want to wet their whistle. Testing both how the game will hold up under a reduced load and what the community thinks of the game. It will also be trying its hand at a slightly different release avoiding steam. Instead the game will be open through Blizzards battle.net.

Since release Destiny has been attempting to bridge the gap between MMOs and first person shooters. For many players this bridge built by Bungie is exactly what they have been looking for. Destiny provides several different game types that can keep all sorts of people coming back. There is randomized looting (something I love), solo PVE, small team missions, large group raids and competitive PVP. It never received much praise in the way of story line but I found the gameplay to be excellent. Destiny has been able to differentiate itself well from other shooters and draw in a recurring player base with constant updates.

The Beta will open on August 28th, 2017 for those that have pre-ordered the title. The rest of us plebs will have to wait another 24 hours for the open beta. Hopefully the PC master race doesn’t feel too slighted that the beta comes a month after consoles. I personally take some solace in the slower release of the PC play. Maybe it means that the publisher wants to do things right, even if that means taking a little more time. The closing date for the beta right now is slated for the 31st, just 3 days after opening. Be sure to check back in the day after close though as the consoles had a couple days of extended beta.