Death Note, the acclaimed anime series has received a film courtesy of Netflix. Directed by Adam Wingard and starring Willem Dafoe, Nat Wolff, Margaret Qualley, and Keith Stanfield, the Netflix Death Note movie aims to put a live action spin to the classic anime series. Does it succeed in doing this? Here is my Death Note Netflix movie review.

What is Death Note? 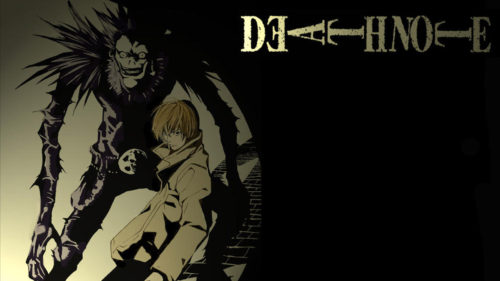 Death Note is a Japanese Manga series written by Tsugumi Ohba and illustrated by Takeshi Obata. Death Note follows Light Yagami, a high school student who discovers a mysterious notebook which is capable of killing those whose names are written inside it. Attached to the Death Note is a demon named Ryuk, who guides Light through the book’s usage and many rules. Along the way, Light and Ryuk strike up a sort of strange working relationship, as they rid the world of criminals.

Using the Death Note attracts the attention of investigators around the world, who wish to stop the wave of killing. One special investigator, known simply as L, joins the case and attempts to track down ‘Kira’ (Light). This creates an interesting cat and mouse game between Light and L, as they race to stop one another.

After watching the Death Note Netflix movie, I have a few thoughts. First I need to make it clear that I wasn’t a huge Death Note fan to begin with, having only watched Season 1 and parts of Season 2. So take the next few paragraphs with that in mind.

Anime to live action adaptations appear to be a tough leap to make. There is a flexibility to anime that doesn’t quite register to live action. Characters in anime have more freedom of movement, both physically and emotionally that isn’t constrained by real world laws. The Death Note Netflix movie, attempts to make this transition, but fails to do so in any meaningful ways.

In the Netflix Death Note, characters such as L and Light come off as weird and hard to watch. L, the mega genius investigator (played by Keith Stanfield), possess all the eccentric traits of the anime version, but doesn’t fit the film. Light also suffers from the same problems. The Light in the anime struggles with the moral questions of using the Death Note. We never get to that point in this film. Instead Light comes off as a whiny, high school student who is consumed by… Love.

The storyline in Netflix’s Death Note is brutal. Instead of getting a nice introduction to the Death Note universe, we instead get a strange amalgamation of Seasons 1 + 2 which doesn’t work at all. Mia Sutton (Margaret Qualley), is a love interest to Light from the start and the entire movie frames their love over top of the government run manhunt that is occurring. In some ways, Mia replaces the role of Ryuk, becoming the outlet for Light’s thoughts on the Death Note. This was a strange decision to me, as I enjoyed the interplay between Light and Ryuk in the anime. Decisions like this leads me to my biggest complaint, the inability of this film to decide what it wants to be.

Death Note attempts to keep one foot in the source material, while also streamlining the entire experience. It fails at both. Having watched Death Note with a non-weeb, I can safely say it fails to explain 90% of the universe. When the person you are watching the film with is constantly asking questions about what things mean, you know the film ain’t cutting it. Questions like why is Ryuk even in the film? What are the rules for the Death Note? Were flying. There is so much going on in the film that most of these questions go unanswered (to the non – fan). This creates a universe that is uninteresting. Storylines like the Death Note’s origin, and the interplay between Light and L are absent, with everything just feeling streamlined and dumbed down.

Both the style and acting in Death Note is okay, but not great. Willem Dafoe as Ryuk was probably the highlight for me, but his character is seriously underutilized. Why this is the case I have no idea, but it hurt the film. Both Keith Stanfield and Nat Wolff deliver okay performances as the lead characters, but nothing really wowed me. Overall the acting in Death Note is mediocre at best.

In terms of style, the film looks in line with other Adam Windgard films. Though at times, I found myself getting a TV Movie vibe off some of the visuals. I didn’t mind the way Ryuk looked, but wouldn’t have minded going in a different direction with the character (say have Willem Dafoe by a human Ryuk). Like much of the rest of Death Note, the visuals work fine, but don’t really wow in any way.

Overall, I can safely say my experience with the Death Note Netflix Movie was mediocre at best. As a fan of Adam Windgard’s previous work like The Guest, I had expectations of at least a semi – enjoyable experience. Instead what I got was a dumbed down adaptation of an experience that can already be enjoyed in anime form. The characters and storyline all just seem rushed and surface level. There really is no reason to watch the Death Note Netflix movie, as the anime exceeds the experience at every level.