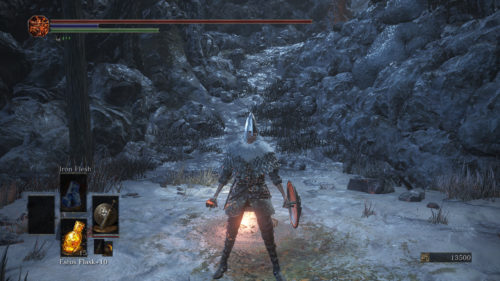 Just a guy in the painted world

FromSoftware has done a beautiful job creating the Painted World of Ariandel. There are plenty of little details and nods to Dark Souls 1 that fans of the series will enjoy. The one downside of this DLC is that it is lacking in cutscenes or much in terms of exposition. Even relative to the base game, there feels to be no story to this. Players come to the painted world, players fight the rot, players win… The end. Given that Miyazaki and company are moving on from Dark Souls, it’s kind of sad that one of the last DLCs is so light on story. I would have liked seeing them answer some of the burning questions from the base game. 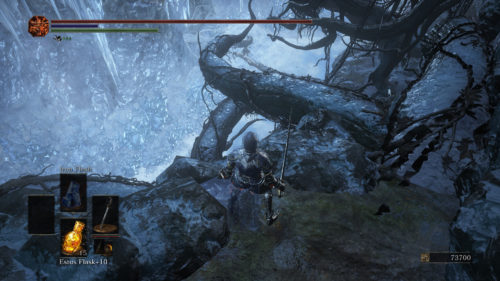 Combat wise, there is a bunch of new and interesting enemies to fight. Wolves play a huge part, so do Corvians, but there are also tree women and crabs. One complaint I have with the combat side of things, is that From went for what feels like artificial difficulty. Instead of making super interesting and complex fights, they simple increased the number of enemies. I love the combat of Dark Souls, but in all seriousness, handling multiple enemies can get janky and frustrating.

The boss fights in Ashes of Ariandel are by far my favorite part of the DLC. While I totally get the criticisms that there are only two and the both are similar, I had a blast playing them. The last boss fight in particular gave me a feeling of mastery once I beat it multiple time. Not to get into huge spoilers, but the bosses are fun and put a bit of a spin on traditional Dark Souls gameplay. 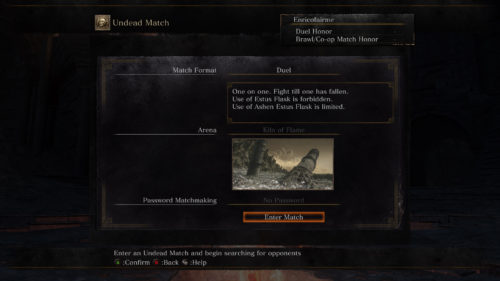 Included in the DLC is a new PVP arena mode. This is a welcome edition for those who like PvP, but I can’t help but feel like this runs a bit counter to wait makes PvP in Dark Souls so fun. Invading is such a critical part of the experience, formalizing just seems a bit off. With that being said, I can see the appeal of a having a simple means of dropping in and duelling without having to find a spot, crack an item and wait.

Overall I enjoyed the experience of Ashes of Ariandel. More Dark Souls 3 is always good for me. I had some minor gripes with the storytelling and the world combat, but overall the DLC is solid. There is inclusion of a PvP arena as a well for those who enjoy that side of the game. Is it the best in the series? Not to me, but you should still pick it up if you are a Dark Souls fan.