The Challenge Level 6: #178 Wallace & Gromit – The Fright of the Bumblee Bee

Jumped on and played for about forty five minutes, and I realize how much I suck at these point and click Telltale games. I played through The Walking Dead, and enjoyed it, but there were times that I just could not figure some puzzles out. Right off the bat with W&G: FOTBB I just couldn’t figure out how to make an egg for Wallace (that lazy cuss). I ended up turning off the game and taking a breather before loading it up a second time, and figuring the puzzle out. I finally did, and the payoff was minimal, given that this was like the very first puzzle in a game of puzzles. It could be a long week if I don’t put my puzzle hat on, and get crackin’.

A couple things I thought about during my session today. I really have no idea what demographic that W&G: FOTBB is meant to appeal to. I can’t see too many fans of W&G being gamers, so my guess is it is just a license that Telltale could get their hands on. Another thing I thought about, was how W&G: FOTBB is basically an indentured servant simulator. Wallace is this oblivious British guy ordering around his servant Gromit, making him cook breakfast, despite Gromit not even being human. The whole time you are trying to make Wallace his breakfast, he is making quips about how long it is taking, and complaining about bills. 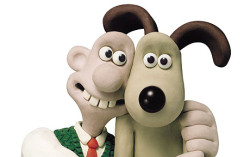 If it doesn’t cook breakfast, it gets the hose…

My only past experience with Wallace and Gromit has been the feature film The Curse of the Were-Rabbit. Even with that little bit of exposure to the classic British duo that I have had, I am getting a sort of animation uncanny valley thing going on. The plain old video game animation doesn’t hold a candle to the stop motion animation, and the fact that the game animation tries to copy the stop-motion animation look is disconcerting to me…

GLITCH ALERT – So I noticed yesterday that they game had froze when I was trying to complete a point and click action. Basically Wallace (yeah, you have to play the stupid cuss) was trying to interact with something, but the game just stopped, and then booted me to my desktop. I had to click back into the game, then things started up again, and it was all good. Today, I was trying to get Wallace to use a watering can, and the game just completely stopped working. The pointer disappeared and a right click (left click did nothing) sent me to the desktop. I could click back into the game, but Wallace was just stuck standing at the fence, and I couldn’t move him or doing anything. My only choice was to quit out of the game…and that is where I left things today.

I basically only played for about a minute before the glitch, and I have no desire to continue playing today. Telltale games either work for me or they don’t, and the W&G license is just uninteresting to me. A Walking Dead and W&G crossover would intrigue me though.

Blimey, that little girl is going to get eaten…Gromit.

So, for the rest of the week I didn’t play at all. I thought about playing a couple times, but I immediately squashed those thoughts, because pointing and clicking stupid Wallace around his cussing town was absolutely repulsive to me. In the end W&G: FOTBB is what it is. It never grabbed me, granted you could argue that I never gave it a fair shake, but I am blaming Telltale instead of myself.

See, as much as am probably seen by the thousands who read this as being rather negative towards video games, I do have the desire to play them. It’s not my fault if the game doesn’t grab me (okay, sometimes it is) and I blame the game, not my enthusiasm.

And for those of you who think I have abandoned the challenge, I haven’t. This moment is the very heart of the challenge, where I look out into the abyss and see myself staring back. 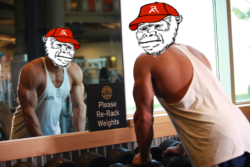 Sometimes I look in the mirror…and I like what I see.

It’s not like I’m getting paid to do this.

My individuality, and belief in personal freedom.

Having to play this game

Let’s see if this game, that I know nothing about, can blow my hair back, and knock my socks off.

I am sure you’ve got things to say this week, so say them in the pit below.