It was time for a session today, so I clicked on Steam, and I hadn’t downloaded the game yet. Checked to see how long it would take to download the game, and decided that forty five minutes was much too long a wait (Gaben failed me). So, I watched Werner Herzog’s The Land of Silence and Darkness instead, and it is amazing. This scene from the documentary is one I found to be particularly powerful. Whether it be fiction or non-fiction (or a mix of both), Herzog is the master. 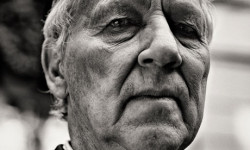 “Look into the eyes of a FilmApe and you will see real stupidity…a fiendish stupidity. They are the most horrifying, cannibalistic and nightmarish creatures in the world.”

All right, got it all loaded up and it is time for a gaming session. I played two “races” and this sums up my initial impression of the game. PAM feels like a game that was meant to be just a regular old racing game, and then the makers realised it sucked, so then they decided to promote it as a vehicular combat racing game. The thing with PAM, it is neither a good racing or a good vehicular combat game.

The first thing you are going to notice is how slow the game feels. All vehicles are like driving a school bus (which you can in the game), and even when you’ve got the pedal to the metal, your vehicle is just chugging along. It makes the racing in the game seem pointless, which in fact it is.

PAM wants the focus to be on vehicular mayhem, so using the standard Mario Kart style weapons, you are supposed to be killing your opponents. Being “first” in regards to racing doesn’t mean that you will win, as there is a time limit, not an amount of laps that have to be completed. In order to win, you need to have the most kills, on top of having completed more laps than the opponents. So, if the top three each do two laps, then the person with the most kills becomes the victor. I am fine with the time limit and the most kills thing, if that is what they want to do, but the levels are just your standard racing type circuit, and this does not make for a good environment to focus on vehicle fighting. The game just feels like you are playing Mario Kart, but using items to prevent opponents from winning is not just another game mechanic, but the entire game. Admittedly, I played for like fifteen minutes tops, so there maybe be some nuances to the game that I haven’t encountered yet, but I am not holding my breath. 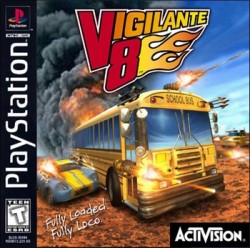 Vigilante 8…I miss you so much right now.

I did not play today.  I did however go see Knight of Cups, so in case you were wondering if the moniker FilmApe is earned.

Here we go, time for a session…and I still hate this game. I did get a strategy down where I just focus on driving as fast as possible, and stocking up on weapons, so that when someone gets close to me, I could kill them. This worked only once, so it isn’t the most effective strategy, and there was one race on a map called “Cold War Beach” where I was smoking everyone in terms of being fastest, but an AI with ten kills came out victorious.

I guess to really play PAM you have to purposefully drive slow so that you are in the with a group of racers, and then just hope that when weapons are coming up on the map that you get to them first and blow everyone else up before they blow you up. This is in no way enjoyable, and makes PAM just a brutal experience playing.

Now, if I am recalling correctly, site czar Enricofairme purchased this game for me a long, long time ago, so I just want to say thanks for buying this for me. 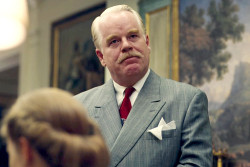 Yup, played two more races today. I don’t really have much more to write about the game, other than it stinks. I did discover the most positive thing about this game, and it is the level that is a figure 8. This level allows all racers to kind of converge on a single point of the level, so that is okay, I guess. Still, when I played this level, I lapped players, and was a lap ahead of everyone, with three kills, and I still came in fourth. Racers with a lap less than me were ranked higher, because they had more kills…

I did notice something when I booted the game up today. I saw that the developer is a company named “Steel Monkeys”. This company made the Rocky game on the GameCube. On PAM’s main menu is just a plain old rundown sign and it says “Steel Monkeys Drive-In”. Monkeys…drive-in…FilmApe…what a serendipitous, but unfortunate coincidence.

Finally, the week is over with. Played a couple races and then deleted PAM off of my Steam. This has been the worst game that I have played so far, and I would say that there are little to no redeeming qualities here. PAM is not a good racing game and it is not a good vehicular combat game, so it is not a good game.

I never have to play this ever again

*He sends me 178…Wallace and Gromit’s Grand Adventures Ep1:Fright of the Bumblebees*

*I tell him to stop being cheap and buy Premiere Pro*

Hopefully this TellTale game is at least somewhat playable…Gromit.

Do you think I stink or smell like roses? Let me know in the pit below.