Another week, and another game I have to play, that I most likely wouldn’t play, if it wasn’t for The Challenge. If I recall, Age Of Empires II HD Edition got released, and myself and friends (including site czar Enricofairme) purchased the game, paying full price, with the intention that we would all play together. Well, if my Steam is correct, we played for just over an hour, and then never played again. Full disclosure, there are few people worse at RTS than I am. Most of my experience with RTS comes from playing Rise of Nations in LAN party settings. I would be the person at these LAN parties who would farm the entire time, rather than build armies, and this would cause me to receive the ire of other, more serious players.

Where’s the Code Red at?

In terms of RTS , even a layman like myself would consider Rise of Nations to be pretty simplistic, but I seriously have no other experience with RTS , apart from trying to play Command and Conquer: Red Alert on the N64. So, jumping into Age of Empires II, I figured I might as well start with the “learn to play” option. I fired it up, and immediately two things happened. #1 I started rocking out, because the soundtrack for this game is amazing. As I type this, I am listening to the soundtrack, and it is good enough that I am forgetting that it is the soundtrack to a video game released in 1999. The soundtrack was directed by a guy named Stephen Rippy, and the guy went above and beyond with his job. There is a surprising depth to the music, and I am definitely impressed with it.

The #2 thing is that immediately when I started playing the game, a friend who has never messaged me on Steam before, messaged me. The following is a transcription of some of the conversation. In order to provide anonymity, I have changed all names in the conversation to names of characters from the movie Krull. I have of course also changed my own name to “Colwyn”, the hero of Krull.

Ergo the Magnificent: Who do you usually play with?

Colwyn: I haven’t played for a long time, and I suck…

Ergo the Magnificent: I suck too…Rell and Titch are really good, and I play with them.

Ergo the Magnificent: Do you know what agent intellect is?

Then the conversation went on about medieval philosophy, and I chimed in regarding the failures of RateMyProfs “hotness” rating scale. All through this conversation I was also playing the tutorial for Age of Empires II, and it was fairly straight forward. You need people to build houses, so you can make more people, and collect food, build a mill, get more food, create more people, build a barracks, so that the savage Englishmen don’t come and kill you. I ended my play through just as the tutorial was getting into full swing, because, I need something to do tomorrow.

Is there a glaive mod for this game?

Yes, after all my Krull talk yesterday, I did watch the film, and it is glorious (as always). Today, with my heart full of the glory of Krull, I embark on another journey into Age of Empires II.  Today I did the “learn to play” scenario where you basically do a controlled match against a computer controlled enemy. The scenario is very controlled, but even so, I still had some trouble keeping up. I became much too focused on making a nice neighborhood of houses and farms, that I pretty much forgot entirely about building up an army. Then when I did have an army, I sent them into battle without full preparation, as I hadn’t built a blacksmith. Thankfully, this was all a very controlled scenario, and my armies were victorious, though the casualty rate was high.

During my session today, I got to thinking a lot about war. In their mid-twenties, most of our ancestors would have already had some experience with war, and here I am with my only experience being war simulation video games. I am sure lucky that this is the case, but I also feel soft. Would Age of Empires II and the like sufficiently prepare me for the horrors of war? 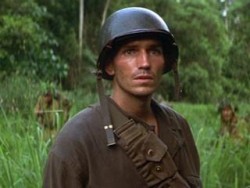 I can take anything you dish out. I am twice the Age of Empires II player that you are…

I did play today. I started a standard match, with random AI, and on the easiest setting. At the beginning I was relaxed, as there is something relaxing about playing RTS, but as time went on, I began to get concerned. Is my focus on building a beautiful farming community putting me at risk of annihilation by the Chinese (I chose Korea). So I started building up my military, forcing my workers to forsake their quality of life in order to support my military complex. Soon, farms were dying, but I was neglecting to plant new ones, as I was so focused on protecting my beautiful community from a threat that I hadn’t even encountered yet…

And this is where I got frustrated/bored of the game, and just saved and quit. Anyone out there that knows me knows that I don’t have the legs for video games, and while I start hard, I rarely finish hard. Overall, the game is exactly what I knew it would be, so far. I definitely enjoy Rise of Nations more, almost entirely because you can advance so much faster in that game. Also, the farming in Age of Empires II is definitely not as good as it is in Rise of Nations. 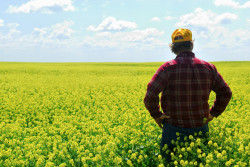 So, I have been thinking about farming over the last day or so, and when I jumped on for a session with Age of Empires II today, I figured that despite the game’s farming being lackluster, I might be as well try to get my now military focused village back to the idealistic farming community that I intended it to be. In order to achieve a perfect farming synergy, I looked back in time to 6,000 BC (BCE for the heathens out there) and took a page from those wonderful people in the middle east who, without knowing it, invented crop rotation. The goal for myself in game was to maximize my farm space, and reuse as much land as possible. Basically, after a certain amount of time the farm land gets spoiled from over farming, and one of my loyal subjects is just standing there with nothing to do. When the farms were used up like this, I would just build a new farm for my servant to work on, and my farm land would just keep expanding, which was a problem (aesthetically). What I wanted to do was be able to reuse the spoiled land once it was ready to be replanted, so I needed to strategically build farms so that they would be used up close to the time when old farm land was ready to be reused again. 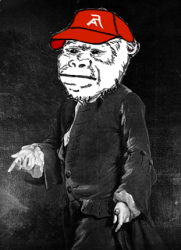 So I implemented this strategy with a nine farm system, and then grew it to about twelve. The amount of downtime for my farms became minimal, as once three farms were spent, there was only a little bit of time before there were three plots of old land ready for a new farm. Admittedly, I did this completely by accident, and I could not tell you how to do this yourself, but I am pretty happy with it. I did about a half an hour today, before I saved and quit the session, and in the half an hour my military focused village became a beautiful and prosperous agriculture hub, and I take pride in this. Also, when I quit out I could see the stats of my AI enemy, and they have built exactly zero military, so my fear of an imminent attack was unfounded. 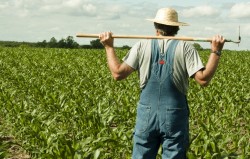 Cuss, I love this cussing farm…

Farming is the best. Not in real life though, I don’t think I would enjoy doing it in real life. Also, farming simulators aren’t my cup of tea either, they are too slow and boring. When it comes to RTS though, farming is great. I think I like it so much in RTS, because farming is the exact opposite of what you are supposed to be doing in the game. The only purpose of food gathering is so that you can make your empire strong and conquer other people. By farming in an RTS just for the love of farming, you are taking a hard stance against war. Give peace a chance next time you play Age of Empires II.

The brutality of war.

Takes a long time to advance to different ages.

*See that he last looked at his messages at 3:48AM*

*Imagine that he is dead in a ditch somewhere, and get excited because I would inherit HTR*