Another week, another platformer from my Steam library that I have already played (logged 7 hours sometime in the past). Rayman Origins is one beautiful game, and most of the enjoyment of playing the game is getting to stare at it while you do the platformer thing. In terms of platformers, Rayman Origins would be in the upper echelon, in regards to level design, and controls. I started a new game today, and played about a half hour session. Rather quickly you can get to stringing a bunch of moves together in order to power through the maze like levels, and the pick up and play aspect of the game is definitely one of the appeals of Rayman Origins. Not having a double jump does suck, but the wall jump helps you work around that a bit. Overall, Rayman Origins is a fun game, that is beautiful to look at, and I look forward to playing it more this week. 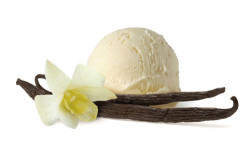 Jumped back into the world, for a forty five minute session today. I am worried that I am not going to have much to write about this week, as the game is enjoyable and there isn’t much to critique. Also, the game doesn’t really have a hook or some unique thing to make jokes about and reference. I mean, it is a classic platformer, and that is all she wrote. I was thinking about how platformers are like learning how to become really good a sport, very fast. Like, the first few levels you might be a bit clumsy, acclimatizing to the game physics and controls, but then you get the hang of things, and you start getting more showy and take more risks. By the second world, which I hit today, you are speeding through stuff like it is nothing. Then, you might encounter something that is a challenge, but since you have refined your skills by this time, you have a whole arsenal of experience to draw from, and the challenge soon just becomes another learning experience for you to draw on later in the game. This was pretty much just my thoughts while playing today. Oh, I did think of something that I wasn’t digging during this session. The flying level where you are on the mosquito, that is lame.

Played through a couple levels today, and while I did I thought about video game reviewing and criticism. For the most part, good games are good games, and bad games are bad games, and that is that. If a game has brutal controls, and is a slog, it is pretty hard to like it. There are plenty of films that are “bad” films, though they have a following, but I can’t say I know of any “bad” games that people defend. Thus, Rayman Origins as a good game is exactly that, but also just that. What it then comes down to, is whether or not I am feeling the vibe of the game, and too be honest, I ain’t. Right now I want to be out in the sunshine, smelling the roses, and getting choked up at a beautiful sunrise, and then spending the rest of the day outside,  so that I can get choked up at a beautiful sunset. What I really don’t want to be doing is being stuck playing Rayman Origins. Yes, the games is gorgeous, and yes it’s probably one of the better platformers to be released in the last ten years, but it is just doing nothing for me right now. Maybe there is something wrong with me….am I dying? 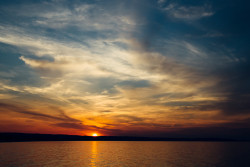 It’s not you Rayman Origins, it is me. I did about a forty five minute session today and it was done with an expression resembling this. Rayman Origins is just the wrong game for me right now. I need something with a little more freedom (GTAV) and I am just not feeling a platformer right now. The only real response the game got out of me today was a sigh when I had to do another mosquito level. I find these levels so boring, and uninteresting. I don’t want to fly, I want to jump around and actually have a challenge. The up and down of flying the mosquito just does nothing for me. The game is still beautiful and the controls are still smooth as silk, but my mind is completely on other things while I am playing. For example, did you know that in the 80s the Dali Lama suggested that it was not out of the realm of possibility that someone could be reincarnated as a computer. When discussing technology and computers the Dali Lama said:

It is very difficult to say that it’s not a living being, that it doesn’t have cognition, even from the Buddhist point of view. We maintain that there are certain types of births in which a preceding continuum of consciousness is the basis. The consciousness doesn’t actually arise from the matter, but a continuum of consciousness might conceivably come into it. There is a possibility that a scientist who is very much involved his whole life [with computers], then the next life… [he would be reborn in a computer], same process! Then this machine which is half-human and half-machine has been reincarnated. (citation)

If I was a man/computer, would I enjoy playing Rayman Origins more?

It was 11pm, and I debated just skipping playing today, but I know that you, dear reader, deserve better than someone who is not playing video games, so I played twenty minutes, just to say that I did.

When I started The Challenge I knew that it wasn’t going to be an easy row to hoe. Little did I know that The Challenge would test my mental strength so severely. Rayman Origins is a good game, possibly a great game, but none of that really matters if you just aren’t feeling the vibe, and this week, no vibes were felt. If you want a gorgeous platformer, look no further than Rayman Origins. If you are looking for someone who was feeling the Rayman Origins vibe this week, you might want to look further than me…FilmApe.

My attitude this week

Some of the female characters are scantily clad

*get chewed out for interrupting his Division game*

*He gives me the number 1…Age Of Empires II: HD Edition*

What are you doing with your life that’s so great? Let me know in the pit below.