Since DLC Quest is a game that I have already played (half hour and you’ve “beaten” the game), this week will be a trip down memory lane. For those unfamiliar, DLC Quest is a satirical platformer where the entire objective is to collect coins so that you can buy DLC, and then the DLC allows you to progress and beat the game. DLC Quest is one big dig at the DLC scourge that has affected gaming, and it is and enjoyable joke at the expense of money hungry fats cats.

So, I jumped on this afternoon and did a light play through of the entire game. I got the “you completed the game, sort of” achievement at the end, so I guess the challenge this week will be to see if I can beat the game for real. Playing it through again was enjoyable enough, though I think that maybe I will grow fatigued of it by Sunday (I doubt the creators intended for this game to be played through multiple times in one week). I don’t know though. Despite there being nothing really to the game, apart from clowning on DLC, there really isn’t much to criticize the game for. It accomplishes what it sets out to accomplish, and it doesn’t over stay its welcome. Also, since it is an indie game, I cut it a lot more slack than I would cut a bigger game (does this make me prejudice towards triple A titles). Now, I know the biggest question you have right now is, did I kill the sheep in the game or let them live? Well, I am not going to answer that question, though from now on you can call me Charles Burnett… 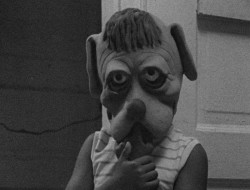 And, no one got that reference…

And, back into the world of DLC Quest. There were a couple things that I knew I had missed, and also some stuff that I wanted to try. The first was to leave all the sheep alive this time. Carefully, I avoided stabbing or shooting any sheep, while I traversed the game. It felt good to know that while I had the power to slaughter these helpless animals, I chose to spare their pathetic lives…until I accidentally killed one while killing all the zombies…and then it was full on genocide. I slaughtered the sheep mercilessly, and with glee. Unfortunately though I must have missed one, as the only award that I didn’t get at the end of the game was “kill all npc and sheep”. Next play through I will definitely be more clinical with my slaughter, and be sure that none are left alive.

When I jumped in for this play through, there were some coins that I knew I had missed, as well as one of the DLC unlocks. It is pretty obvious how to get them, but for some reason when I played yesterday, I never got them. So, when I finished today, all coins had been collected, and all DLC were unlocked. Also, I did the real ending of the game, that you have to do after the credits, and that was a nice cherry to top off the game. Really, the best DLC gags are at the very beginning and end of the game. The beginning purchasing of a pause menu, sound, animation, and the ability to move left, is clever, and the purchasing of the real end of the game is clever as well. Though, I must say, the actual end of the game is very Zoo…

Don’t think y’all are ready for this one…

And I am back at it again, this time with an hour and a bit session where I 100% the original DLC Quest and then did a play through of Live Freemium Or Die, DLC Quest’s DLC. One thing that I know from playing today is that a speed runner I am not. Much preferring to smell the digital roses, I just kind of saunter along, taking my time, in comparison to those that are up on the leader boards. Even though this was my third play through of DLC Quest, I still enjoyed the experience, and getting the awardment for killing everyone (including the sheep) in the game, was a rewarding feeling. Little did I know that this would come back to bite me, big time…

The DLC Live Freemium Or Die provides a much larger experience that DLC Quest does, and this is both a good thing and a bad thing. The platforming in the DLC is done in much more interesting environments than in the actual game, and the longer experience is enjoyable. However, the jokes are much worse in this DLC than they are in the original game, with a major Plants vs. Zombie joke being lame. If only I hadn’t of killed all the sheperd’s sheep in the first game. In terms of value, the DLC is probably twice as long as the original game, which is a good thing. The end credits roll midway through the play through, and then there is still a lot of gaming to do. Talk about value…

Sometimes you just don’t feel like gaming. I know that most of you nerds, who have fridges beside your computer, and are obsessed with Pissdew Valley, or whatever it is called, probably can’t relate. There are just days though when gaming doesn’t fill that empty void inherent in us human beings, and at that point you have to turn to other things to fill the void. In this case other things were laying in bed, and questioning my life choices, until there were no more tears to be cried, and I couldn’t fight sleep any longer. 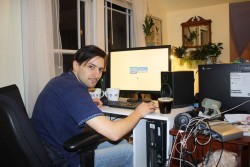 Back at it today, trying to get some of the awardments that I still hadn’t achieved in Live Fremium Or Die. Unlike my multiple play throughs of DLC Quest, I did not restart from the beginning, rather I just picked up from where I was. In the words of Gordon Gecko, “greed is good” so I needed to find all the coins in the game, or else I knew I would never be happy. This meant that I had to go through each part of the level again, and try to figure out what I had missed. In the end I only missed one secret room, and four coins over some spikes. So I got that awardment, but now what. Has my pursuit of digital wealth made me any happier? There are still other awardments that I haven’t got, so what has this wealth brought me? In the end, I have learned that wealth is not the true key to happiness, getting all the awardments is. I will try tomorrow to see if I can get them. 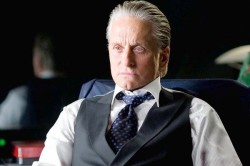 So, I got all the awardments, with a little help from my friend the internet (ever heard of it?). I know this feels like cheating, but I doubt there would be any way that I would have figured out how to get the remaining awardments. The one missing hidden DLC that I didn’t find, that’s on me, but the rest are pretty obscure. The “nice try” awardment just requires you to type “idkfa” into your computer in order to get it. The other one (“death of comedy”) requires you to talk with an NPC over and over until you unlock the DLC, and then you have to go to a hidden part of the map in order to find it. It almost feels like it was intended for you to have to look these up…

DLC Quest is going for the paltry sum of $3.29 CDN (-0.50US) and I played it for almost four hours this week. Now if that is not value, I do not know what is. Even though the game is small and makes you go over the same part of the levels multiple times, the great platformer controls make the game extremely enjoyable to play. DLC Quest was fun to play this week, and if they make a sequel, I would pick it up.

Overall irreverant vibe of the game

The Plants vs. Zombies joke

*He responds immediately with #112…Rayman Origins*

Looks like I will be jumping into the world of ghost limbs, so tune in next week to see if I have become an apotemnophiliac by then.

Anyone have an extra ticket to Batman vs. Superman? Hit me up with the details in the pit below.